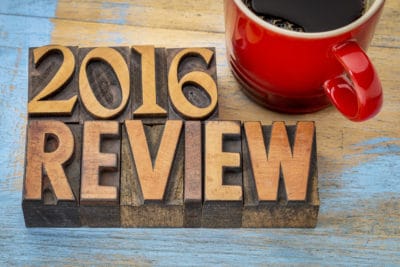 What a year it’s been!

In 2016, we covered everything from boys & school (a constant, recurring topic) to how to talk to boys about “locker room banter“ (a topic most of us never imagined would come up in the course of a Presidential election).

We’ve shared stories, information and encouragement, built our community (have you Liked our Facebook page yet? Joined our Private BuildingBoys Group?) and offered our first three teleseminars (Understanding How Boys Think — And What They Need, Building Boys’ Persistence, Self-Control & Curiosity and Helping Boys Who Don’t Love Sports Survive Bullies & Boyhood).

We published more than 30 original posts and featured the thoughts, expertise and insight of multiple “boy experts,” including Rick Ackerly, Nancy Peske (aka The Sensory Parent), Ian Thomas and Janet Sasson Edgette. Here’s a look back at the 10 most popular posts of 2016:

Inspired by a Healthzette article that outlined all the reasons so many of today’s boys don’t succeed in college — and by the fact that my oldest son was leaving for college — I wrote this post, which outlined 5 things you can do, beginning right now, to get your boys ready for the real world. (Tip #3: Teach boys to help themselves.)

Odds are, you’ve spent a lot of time and energy advocating for your boy. Whether he has autism or ADHD, dyslexia or an off-the-charts IQ, any help or services he’s gotten at school or in the community has likely been due to your fierce advocacy. That’s great! But before boys leave home, they need to know how to help themselves.

I wrote this post back in 2009, back when BuildingBoys was Blogging ‘Bout Boys, a personal blog I started because I wanted to learn how to blog. This post has staying power & remains popular for one simple reason: Boys fight, and parents worry.

My husband reassures me that fighting is a perfectly normal part of being a boy, but I just don’t get it. I, of course, am a woman. I’ve never felt the need to tackle someone, just because he was nearby. And so I worried. After all, I want my boys to grow up to be productive members of society, and productive members of society don’t wrestle each other at the first sign of a disagreement.

This 2013 post begins with Miley Cyrus twerking at the VMA awards, but couldn’t be more relevant today. Our kids are still surrounded by sexualized images, still bombarded with boorish behavior. The parents I know are desperately looking for help & guidance, for suggestions & support as they try to raise healthy, respectful children in a culture that doesn’t always value respect.

Ah, the post in which I discuss losing my virginity! (Pro tip, learned by hard experience: Don’t share a post that includes such information on Facebook before discussing the topic with your sons.) It’s an enduringly popular post because boys mature more slowly than girls, and in today’s heavily sexualized culture, girls are coming onto boys at younger and younger ages.

6. What Parents of Boys Need to Know

So many parents of boys think they are the only ones struggling with a son who can’t stand school, whose preference for battles and guns and gore puts him at odds with society, who’s getting in trouble for all kinds of little things. I’ve always wanted this post to be the digital equivalent of me wrapping my arms around a weary parent, or sitting and commiserating with said parent over a cup of coffee or tea.

What you need to know is that the things your son is going through, and the things you’re going through as a parent of a boy, are common. Are your son’s specific issues unique? Perhaps. But the larger issues you’re struggling with on a daily basis are common to boys in this country.

5. School Not Working for Your Son? Try This.

Too many boys are still struggling and miserable in school. And while I continue to do everything I can to improve educational environments and options for boys, I recognize that you, parents of boys, can’t wait for the system to change. You can’t wait for the educational system to finally rearrange itself for the benefit of your son. So this post contains 9 steps you can take right now to make things better for your boy.

It’s easy to feel hopeless when your son is struggling in school. After all, most of us have already tried talking to our sons’ teachers, and all of us deal with resource limitations. But you have more power than you know.

4. How to Listen so Boys Will Talk

Rob Brown, a survivor of childhood abuse turned advocate, wrote this moving and insightful post more than a year ago. It remains one of my all-time favorites because he shows and tells us exactly how to demonstrate to our boys that we are willing to listen and worthy of trust.

“My door is always open,” or “you can tell me anything,” are empty words to most boys who see ample evidence that verbal disclosure of any negative is not what you want. You may think your son will tell you anything, but in reality, for that to happen, you need to have proven yourself as a resource, and not just a potential added pain.

3. Why Treating Boys Like Girls Won’t Close the Gender Gap in Education

Few things will send me flying to the keyboard as quickly as an article that suggests that boys’ struggles in education are the boys’ or parents’ fault. SO MANY PEOPLE seem to think that the key to helping boys academically is to somehow shoe-horn them into modes and methods that have worked well girls, rather than accepting, embracing, encouraging and educating boys as they are.

Want to close the gender gap in education? Respect boys’ development, interest and needs. Boys might not be as communicative or verbal as girls at age 5 — and that might be OK. (Did you know that the part of the brain that handles language matures years later in males than in females?) Young boys might not learn best by writing and reading — and that’s OK. If we focused on helping boys, as they are, instead of putting our energy into pathologizing boys’ development, boys might do better in school.

The second oldest post on this list (written in 2012), this post is evidence that I’ve long had concerns about some of the anti-bullying lessons and rhetoric taught in schools and communities. I’m as anti-bullying as anyone else, but I don’t know that the “use your words” and “tell an adult” approach always works, especially not in boy culture.

I am anti-violence in almost every way, shape and form. But I am also the mother of four boys, and as the mother of boys, I’ve learned a little bit about boy culture. For better or for worse, boy culture includes competition and dominance. Walking away from a fight almost never engenders respect among other boys; instead, it marks the walker as an easy target.

1. Understanding How Boys Think – & What They Need

A recap of my first-ever teleseminar, in which Tom Golden (social worker and author of Helping Mothers Be Closer to Their Sons: Understanding the Unique World of Boys) and I discussed, well, how boys think and what they need. And really, could there be a more important topic for parents & educators of boys? I think not.

Boys and men, Golden says, have different ways of healing than women and girls. Women tend to talk about their feelings and what is upsetting them. They talk about the past in an attempt to understand their present and make a better future. Men and boys heal by pulling themselves through action into the future.

What was your favorite post of 2016? Tell us in the comments below!

You want what’s best for your boys. You want to … END_OF_DOCUMENT_TOKEN_TO_BE_REPLACED

Finding the right preschool and ensuring your son … END_OF_DOCUMENT_TOKEN_TO_BE_REPLACED

Image by Art Skoo from Pixabay  One of the most … END_OF_DOCUMENT_TOKEN_TO_BE_REPLACED

Pexels Raising boys isn’t always easy, but it's one of the most … END_OF_DOCUMENT_TOKEN_TO_BE_REPLACED

You want what’s best for your boys. You want to set them up with all … END_OF_DOCUMENT_TOKEN_TO_BE_REPLACED