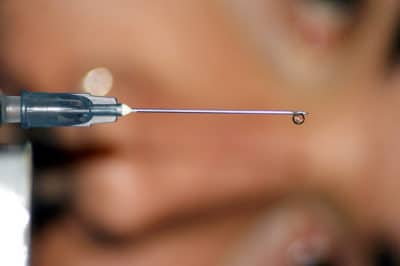 Have you heard of Gardisil? It’s one of the two HPV vaccines that are currently on the market. (The other is Cervarix.) HPV, or human papilloma virus, is shorthand for a number of HPV strains that are known to cause cancer.

Put the pieces together. HPV causes cancer. There are two effective HPV — cancer preventing! — vaccines on the market. Why are we not jumping up and down about this news?

Instead, everyone from Michelle Bachmann to the parent down the street is weighing in on the merits and dangers of the vaccine. The Centers for Disease Control (CDC) recently upped the ante when they recommended routinely vaccinating boys as well as girls.

That recommendation doesn’t make sense to some parents. After all, doesn’t HPV cause cervical cancer?

According to the CDC, each year in the U.S.:

Traditionally, smoking and tobacco usage were the main causes of head and neck cancers. But experts say that’s changing. In a recent interview, Dr. Gregory Weinstein of the University of Pennsylvania told me that the number of oropharyngeal cancers is rising, and that head and neck cancers are increasingly occurring in younger patients.

Think about that for a bit. HPV is incredibly common; medical experts say that up to 50% of the sexually active population will be infected with HPV at some point. And oral sex is increasingly common among teenagers. According to the CDC, between 2006 and 2008, 48.4% of males between that ages of 15 and 19 have had oral sex with a female. 44.6% of 15 to 19 year-old girls have had oral sex with a male.

Not surprisingly, the numbers increase as the teens grow into adults. By adulthood, the number of people who have had oral sex hovers around 90 percent.

So, statistically-speaking, my boys — and yours –are at risk for oral exposure to HPV. There’s no guarantee that HPV exposure will result in oral cancer; researchers are still trying to determine why some people seem to clear with virus from their bodies without problem, while others go on to develop pre-cancerous and cancerous lesions. But given what we know now — HPV can cause cancer, HPV is sexually transmitted and is virtually endemic in the population — why wouldn’t I take steps now to protect my sons’ health?

Yes, there are some risks to the HPV-vaccine. There are also a lot of misconceptions about the vaccine. For a balanced look at the issues, check out this news story by NPR.

How about you? Have your boys gotten the HPV vaccine?

You want what’s best for your boys. You want to … END_OF_DOCUMENT_TOKEN_TO_BE_REPLACED

Finding the right preschool and ensuring your son … END_OF_DOCUMENT_TOKEN_TO_BE_REPLACED

Image by Art Skoo from Pixabay  One of the most … END_OF_DOCUMENT_TOKEN_TO_BE_REPLACED

Pexels Raising boys isn’t always easy, but it's one of the most … END_OF_DOCUMENT_TOKEN_TO_BE_REPLACED

You want what’s best for your boys. You want to set them up with all … END_OF_DOCUMENT_TOKEN_TO_BE_REPLACED