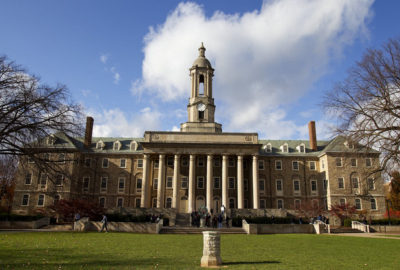 By now, nearly everyone has heard the story of Jerry Sandusky, a former Penn State football coach, has been charged with molesting eight boys over a 15-year period. Sandusky denied molesting anyone, though he admits to showering and “horsing around” with young boys.

Sadly, the allegations against Sandusky proved to be true, and as much as we’d like to think that sexual abuse is a rare anomaly, the fact is that one in six boys will be a victim of sexual abuse before the age of 18. Most will know their perpetrator.

Scared yet? I am. While I truly believe that most people who work with kids are good, kind people, statistics, case studies and anecdotal data tell me that there are some bad people out there as well. And the real problem is that the bad guys don’t always look like the bad guys.

Put yourself in the place of potential victim. Imagine, for a minute, that you are 10-years-old. That your home life is less-than-stellar. Not abusive, necessarily; just less-than-nurturing. Perhaps your mom works all the time to support the family. Maybe your dad just lost his job and is feeling kind of depressed. Maybe your parents are too busy to really spend time with you, and maybe, in your heart of hearts, you’re feeling a little bit lonely.

Along comes a coach. Where your parents see an interruption and interference, he sees potential. He spends time with you. He tells you you’re special. He smiles when he sees you coming; your mom frowned today when she saw your report card.

So when your coach invites you to his house after practice, you feel honored. His family is so nice to you!

Now…imagine this scenario playing out over a matter of months or years. Imagine the warm feelings you develop for the coach. Now imagine that the coach touches your back just a little too long after dinner one day. The quick squeeze of the shoulders turns into something else — fingers rubbing up and down your back. It feels odd, but it’s over as soon as it starts.

Would you tell someone? Probably not. After all, “nothing” really happened, and Coach is a good guy. Besides, you’re 10; he’s the adult. It seemed normal to Coach, so you’re probably just over-reacting.

Most sexual abusers groom their victims over a period of time. After gaining the victim’s trust, there are gradual violations of the victim’s boundaries. By the time the hard-core sexual abuse happens, the abuser has essentially trained the child to ignore the boundary violations. The abuser has become an important part of the child’s life. And sometimes, the abuse feels good on a physical level. Imagine the shame and confusion felt by a child who actually felt a moment of pleasure when sexually abused by a trusted adult!

It’s up to us, as parents and community members, to create safe environments for our children.

How do we do that?

6. Respond to symptoms. Be alert for these possible symptoms of abuse:

Have you talked about sexual abuse with your kids? 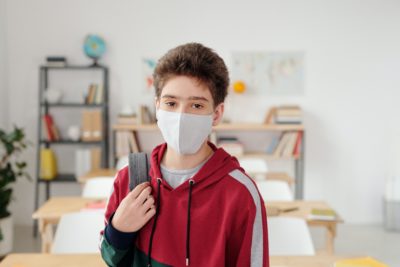