My oldest son wasn’t yet two when Raising Cain:Protecting the Emotional Life of Boys was published in 1999. 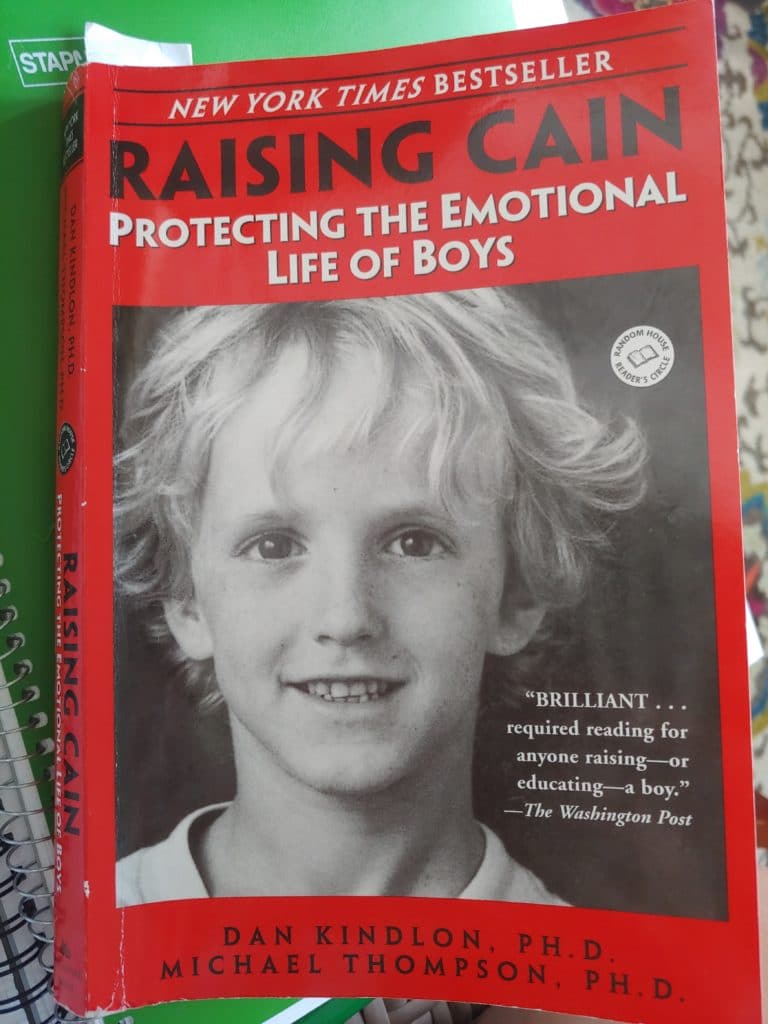 At the time, I was so immersed in the process of parenting that I didn’t have any time to read and reflect on the experience. And, my son was young enough that I hadn’t yet needed to give any thought to the fact that he was male — well, beyond learning (early on!) that it’s ABSOLUTELY NECESSARY to keep the penis covered during diaper changes.

I didn’t really pay any attention to the fact that I was raising boys (vs girls) until a few years later, when my oldest was about 4 years old. He and his younger brother (then age 2) had been contentedly watching TV on the living room floor. Then, for no apparent reason, they jumped up on the couch and began leaping from one couch to the other, chasing one another.

I looked at their dad in confusion: Whhhaaaaa???

I spent the next 20 years studying boys  — partly because I wanted to be the best possible parent to my sons, but also because I knew I’d need to know a lot more about boys if I were to survive as a #boymom. Yet despite the fact that I’d read the work of Michael Gurian, Leonard Sax,  Michael Reichert, Warren Farrell, Peggy Orenstein and nearly every book about boys that’s come out in the last two years, I’d never read the Raising Cain, which is widely lauded as a classic.

This summer, I decided to rectify that omission. I’m currently about 3/4 of the way through Raising Cain and I have this to say: I wish I’d read this book sooner.

“Whatever else it means to be a boy in our culture, it means that your actions are more likely to be misinterpreted as threatening or disobedient, that you are more likely than the girl next door to be punished or treated harshly.”

“Men who have been hit, shamed and humiliated as boys take it out on the world.”

“A boy’s most common response to controlling behaviors is not to be controlled – to be become more confrontational or defiant.”

“You can tell how fragile a boy is by how ferociously he fights over autonomy.”

Unfortunately, despite the fact that this book was written nearly two decades ago, most of this information is still not common knowledge. Misconceptions about boys and masculinity are still rampant in society, and our boys, collectively, continue to be harmed by outdated and ill-informed parenting and teaching practices.

Sadly, one thing that has changed since the original publication of Raising Cain is the suicide rate for boys & young men. It was high then; it’s even higher now. Suicide is now the 2nd leading cause of death for children/young adults ages 10-24.

Boys need our understanding. They need our action.

If you have a son or work with boys, read Raising Cain. I guarantee you won’t regret it.