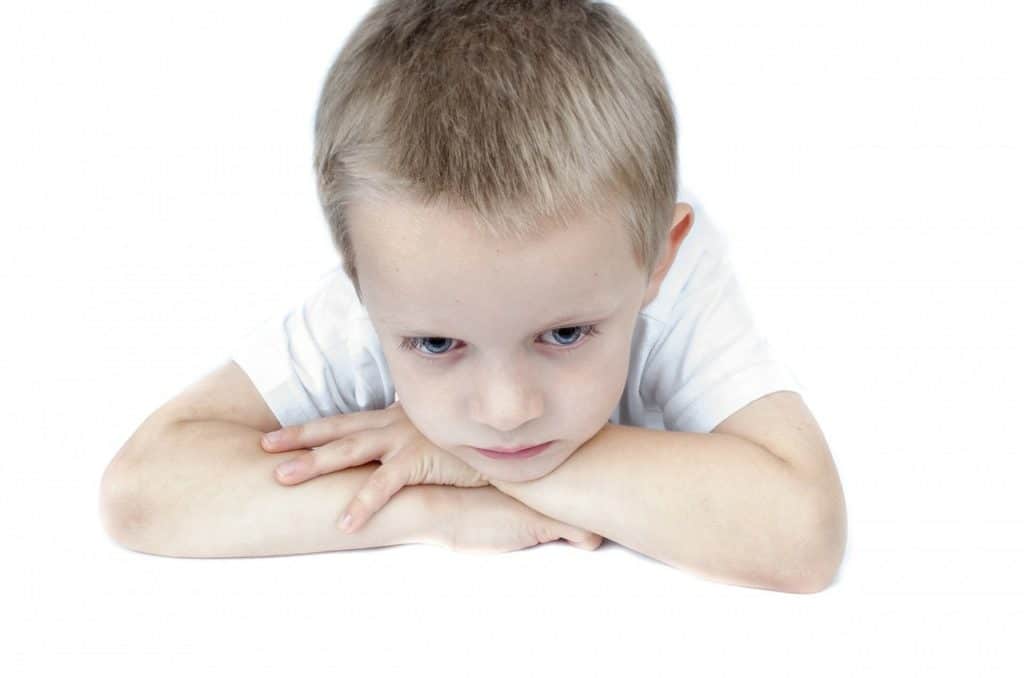 Raising boys can be difficult at the best of times. They’re typically noisy, boisterous, and highly likely to track mud all over the inside of the house. They scuffle and fight with each other, take silly risks, and can keep you up at all hours of the day and night.

But none of these are unhealthy behaviours or impulses if properly regulated and kept in balance. As long as your boy isn’t likely to run into the path of a moving car, his daring and courageous streak should be considered an asset to be nurtured productively.

When your boy suffers from low self-confidence, on the other hand, the problems are self-evident. Depression, withdrawal from the world, turning away from opportunities for play and self-development, and so on.

As a parent, a big part of your job is to help your child develop their confidence and sense of self-worth, not through spoiling them with whatever toys and treats they want, whenever they want them, but by helping them discover, respect, and nurture the seed of value and potential that lies within themselves. Whether your boy’s ambition is to become a great fisherman courtesy of Cutthroat Anglers, or to become an astronaut, confidence is always a help, never a hindrance.

Here are some great ways to help develop your boy’s confidence, so that he can meet the world head-on:

Involve them in martial arts classes

Boys are naturally more physical in the way they relate to each other and the world than girls, and just as grown men are more likely to get in a punch up at the bar than women, so too are little boys likely to get involved in playground scuffles from time to time.

One major source of confidence issues in boys can be the sense of physical vulnerability that comes from not feeling able to defend themselves, stand their ground, and push back against the bullies they’ll inevitably encounter. While it is, of course, good to encourage your boys to deal with problems non-violently, it’s unrealistic to think that physical confrontation between children never occurs, or that it can always be avoided, or that you’ll always be on hand to help resolve it.

Involving your boy in martial arts classes is an excellent way of helping to develop their confidence, not least of all because it will begin to develop their practical self-defence skills, and make them feel more able to stand up for, and protect themselves.

But martial arts also develop a boy’s confidence in other ways. For one thing, they instil a sense of discipline and goal-oriented behaviour, with focused and attentive practice being rewarded by increasing grades, and new belts and ranks within the system being studied.

One fallacy about confidence and self-esteem is that it just comes out of nowhere, and has no real connection to anything in the physical world.

While it’s certainly true that some people seem more innately confident than others, irrespective of what may or may not be going on in their lives at any given time, it’s also that true that confidence is intricately linked to a sense of being capable of achievement and success in the real world — and that this sense generally comes from actual achievement or success.

If your boy struggles with confidence, it’s highly likely that he feels — at least on some level — that he’s not up to the challenges of the world at large, that he doesn’t have what it takes to overcome the obstacles that present themselves to him and to emerge from the various contests of life victorious.

One of the best ways to get rid of that self-defeating mindset is to help your boy set small goals and targets, and achieve them on a regular basis — daily, ideally.

These don’t have to be — and probably typically shouldn’t be — major, long-term goals, but should nonetheless be things that seem significant.

If your boy is young enough, making him responsible for cleaning his room, and awarding him a certain number of points on a star chart if he succeeds, could be one good example. Other examples — ones that a young boy might find more pride-inducing — could include things like helping you or his father to wash the car, mow the lawn, or prepare for a barbecue.

It’s also highly beneficial for you to instil a sense of resilience and possibility in your boy, in general. If he plays sports, for example, but isn’t performing very well or feels disheartened, you may want to consider signing him up for additional practice, or private coaching. It’s always better to remind your boy that he can rise to the occasion, rather than to let him quit whenever the going gets tough.

Maintain good communication and always be ready to listen

Boys have emotions too, and often the emotional pain that a boy feels will be difficult for him to articulate succinctly. He might feel vulnerable and hurt, but not know exactly why. Even if he does know why, he might still not tell you, out of fear, or shame.

As a parent, it’s essential that you maintain a good line of communication with your child, listen out for the clues he might drop into conversation, or that he might give away through his body language, and to be ready to have heart-to-heart talks in such a way as to make your son feel reinforced, rather than embarrassed or panicked.

It may be that your boy has been having difficulty with a bully at school, and it may be that you need to have strong words with the relevant grownups in such a situation.

Nonetheless, if you fly off the handle, drive down to the school, and cause a public scene, the consequence may be that your boy feels too mortified to open up to you again.

Listen, communicate, and handle such matters with care.

Over 30 million adolescents play sports in the … END_OF_DOCUMENT_TOKEN_TO_BE_REPLACED

What about school? is the question on everyone's … END_OF_DOCUMENT_TOKEN_TO_BE_REPLACED

I have spent two decades working on raising boys … END_OF_DOCUMENT_TOKEN_TO_BE_REPLACED

My oldest son wasn't yet two when Raising … END_OF_DOCUMENT_TOKEN_TO_BE_REPLACED

Over 30 million adolescents play sports in the U.S. alone. Sports are … END_OF_DOCUMENT_TOKEN_TO_BE_REPLACED

What about school? is the question on everyone's minds right now. It's … END_OF_DOCUMENT_TOKEN_TO_BE_REPLACED