Mothers of sons are often led to believe that, at some stage, their son is going to leave them. We’ve all heard the ditty ‘A daughter is a daughter for life, but a son’s only a son until he takes a wife.’. It’s enough to send fear into any mother’s heart, and it gives sons a bad reputation which they don’t deserve.

The fact is that you don’t need a daughter to look after you in later life and sort out palliative care services for you when they become necessary. Plenty of moms maintain long-lasting relationships with their sons. Of course, there are cases of sons turning away from home, perhaps even more so than daughters. Most times, though, this discrepancy is more about how you act than the fact that you have a son. If you want to keep your child around for the rest of your life, avoid the following common mistakes made by mothers of boys:

Finding a wife is, by far, the main reason that sons turn away from their mothers, but not for the reasons you’d think. Far from having our sons taken from us, it’s us moms who often react badly to another woman taking the helm. It can be challenging to deal with someone else taking that place in your son’s life. That can lead to ruptures and disagreements which you’re never going to win. But, there’s an easy way around this. Rather than trying to outbid or undo your daughter in law, be her ally. Learn to love her the way that your son does, and you could see a whole lot more of him for a long time to come.

Piling on too much pressure

As much as we’re overcoming stereotypes, many moms still make the mistake of piling pressure on their sons. Like it or not, there is a lingering feeling that men have more responsibility to go far. You may even convince yourself that pushing at every point will help boys to succeed. But, guess what? It does nothing more than push them away. In general terms, we put less pressure on our daughters, meaning that they’re more liable to stick around. But, son or daughter, you should never push children into something they don’t want to do. Being a mom is about being proud of your children no matter what, and that applies even when you have a son.

For much the same reason, we also tend to criticize our sons a lot more than we realize. We convince ourselves that this will harden their ‘manly’ exterior so they can be their best selves. But, it won’t. All it will do is drive them away from your door when you need them. Instead of criticizing, praise your son whenever you can, and acknowledge his efforts, even when he doesn’t succeed. You may find that this small step keeps him visiting often, even once he’s found independence and ‘left’ you. 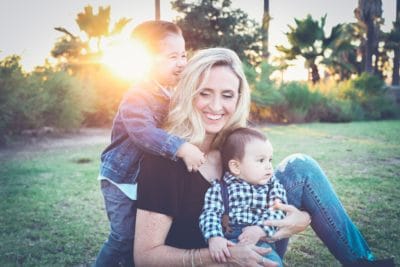 Mothers of sons are often led to believe that, at some stage, their son is going to leave them. We’ve all heard the ditty