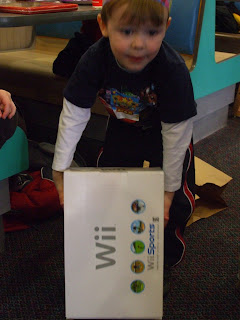 By now you’ve probably heard the news: A new study says that 1 in 10 kids who play video games show behavioral signs of addiction. And boys, the study says, are more likely to show addictive symptoms than girls.

Getting lost in the hype is the fact that the study was conducted by the National Institute for Media and Family, a group which tends to have a somewhat negative view of video game and media usage. From their website:

“Our children are in trouble. Kids from preschool through high school are laying building blocks for success in school and life. They include self-discipline, the ability to delay gratification, perseverance, imagination, and respect. Study after study shows that poor media habits undermine every single one of these building blocks. Instead of being given the tools and experiences they need to succeed, more and more kids are shaped by a media culture that promotes more, easy, fast, fun, violence and disrespect.”

Not exactly objective researchers, if you ask me.

I’m also troubled by the questions they asked children, questions such as:

For the record, boys were more likely than girls to answer “yes” to these questions. In fact, 11.9% of the boys and only 2.9% of the girls answered yes to six or more of the questions asked (enough so to be classified as exhibiting “pathological video game use.”).

But….What if this is just because video games still tend to skew to the male demographic? Maybe there simply aren’t enough games to attract and hold young girls’ attention?

And what if part of the reason boys are attracted to video games is because the rest of their environment doesn’t respect their “boyness?” Our boys are growing up in a society that tells them to sit down, shut up and learn from books. BOYS ARE NOT DESIGNED THAT WAY! Boys are designed for activity and purpose, and maybe — just maybe — they’re finding a way to feel like men in video games.

I’ve been reading The Purpose of Boys, and one of the things Gurian talks about is boys’ need to be the hero, to serve a purpose. Are we giving our boys that chance in the world? Or are they finding it in video games? Not many of our boys today need to save their family from intruders or wild beasts; video games, though, give them that opportunity.

Is it so surprising that large numbers of boys choose video games over chores and schoolwork? And maybe even some of the more pathologically-appearing behavior can be reasonable explained: if parents put strict restrictions on a boy’s video game usage, isn’t he more likely to lie? To obsess about when he’ll get to play next? Even to steal?

Is that, then, addiction?

As far as I’m concerned, the most important sentence in the study is this:

“The primary limitation of this study is its correlational nature. It does not provide evidence for the possible causal relations among the variables studied. It is certainly possible that pathological gaming causes poor school performance, and so forth, but it is equally likely that children who have trouble at school seek to play games to experience feelings of mastery, or that attention problems cause both poor school performance and an attraction to games. “

Tell me your opinion. What do you think of this study and the attendant media hype?