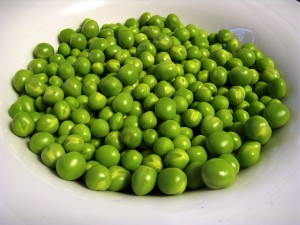 [A lot of parents will] set boundaries in exactly the same way. They’ll say some version of “Sweetie, you need to finish your peas before you have your ice cream.” And the child will…have a few peas and then say, “I’ve had a few peas. Can I have my ice cream now?”

Some parents will think, Well, these are my few precious moments with my son. Am I going to get into a huge argument with my son over half a dozen peas at a time when we have to transition from here to homework to changing for bed? He’s exhausted and I am too . Or  Maybe somebody bullied him or he got a bad grade and he’s a little bit in the down space, and so they’ll say, “All right, the ice cream is fine.”

Other parents will tend to look at the situation and say, “Excuse me. We have a deal here. The deal is that you can’t have that ice cream until you finish your peas.” And the boy will go, “You’re so mean!” The effective parent might say, “Sorry. My rules are my rules, and if you keep whining about it there’ll be no ice cream tomorrow night either or there’ll be no wrestling after dinner.” If the child tests that boundary too, there’s no wrestling and no ice cream that night, and the child learns, Darn. I’ve actually got to finish my peas.

[With the first instance]…instead of focusing on attending to the task at hand, [the child] is learning to focus on how to manipulate a better deal.

A parent who is a non-boundary enforcer is training their child to be a good attorney, but not somebody who will have the ability to postpone gratification in the way that’s required get through law school. They’re essentially training their child to focus on manipulating instead of finishing the project at hand.  And postponed gratification is probably the single biggest predictor of success.

When you have a son, it’s important to build a … END_OF_DOCUMENT_TOKEN_TO_BE_REPLACED

DIY activities are one way to counterbalance … END_OF_DOCUMENT_TOKEN_TO_BE_REPLACED

Teaching young boys about money is so important, … END_OF_DOCUMENT_TOKEN_TO_BE_REPLACED

When you have a son, it’s important to build a beautiful, meaningful … END_OF_DOCUMENT_TOKEN_TO_BE_REPLACED

Parenting is stressful. Wonderful -- and stressful. As a parent, you … END_OF_DOCUMENT_TOKEN_TO_BE_REPLACED

DIY activities are one way to counterbalance screen time. And, boys … END_OF_DOCUMENT_TOKEN_TO_BE_REPLACED