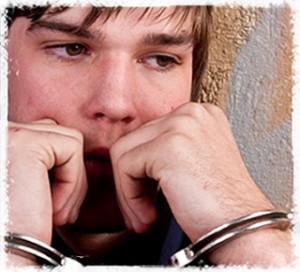 Can you identify the person who allegedly raped you?”

She points and all eyes land on the pimply teenager, flanked by power suits—clearly his attorneys. The boy drops his head and a tear slides down his nose.

Could this be your son?

As a mom of a grown daughter, I cringe at the crime called date rape. (By law, it is stripped of its condition and simply called rape.) It’s dirty and traumatizing and ugly, no matter its circumstance.

As the mom to two teenaged boys, I cringe at the crime for different reasons. Perpetrators in 20% of the 182,000 rapes reported by girls between 12 and 17 in 2008 were intimately known (spouse, boyfriend, girlfriend) by the victims. That’s a staggering number. Someone’s doing the raping.

It’s shocking to consider, isn’t it? But can we close our eyes to the possibility?

What Teen Boys Need to Know About Sex

Do my boys really know the difference between grinding on the dance floor when nothing but a little skimpy cloth separates it and the real thing?  Do yours?

Do they understand that action isn’t always invitation?

And have I ever had a conversation with either of them that goes beyond the birds and the bees and don’t do it ’til you’re ready and make sure you are protected? Have you?

It would be easy to sit in that courtroom and vilify the pimply boy from the example above—He should have known better! Where were his parents?

But hello. I’m raising boys. Teen boys. And sometimes, despite all the lectures and lessons and sharing, there are days when they lose their feet on the way to tie their shoes.

To think they will make the connection between crime and passion in the heat of a hormonal moment when  sex, even aggressive sex, is touted on everyshow, every video and every song might be asking a bit much from their construction site called a brain. When they receive images of nude classmates on their cell phones (because 1 in 6 teens between 12 and 17 have received them), why on earth would  they all of a sudden realize, when every sign says Go!, that what they are doing is a crime?

Should boys be given a carte blanche pass then? No way. I’m a firm believer in responsibility and accountability.

What I am saying is that while it seems they should know better, we really ought to make sure they do.

I’d much prefer to stick to informational sex talks. I’d much rather tell my boys to just not go there and have them comply.

But statistics force me to address my Pollyanna wishes. I need to address these issues in my home, with my boys, before an officer knocks on our front door.

But who ever said raising boys would be comfortable?

Carrie Schmeck is a features and business copywriter in northern California. She has 2 sons & a daughter. See more of Carrie’s work on her website, Bizziwriter.

Teaching young boys about money is so important, … END_OF_DOCUMENT_TOKEN_TO_BE_REPLACED

You want what’s best for your boys. You want to … END_OF_DOCUMENT_TOKEN_TO_BE_REPLACED

Finding the right preschool and ensuring your son … END_OF_DOCUMENT_TOKEN_TO_BE_REPLACED

Teaching young boys about money is so important, but a lot of parents … END_OF_DOCUMENT_TOKEN_TO_BE_REPLACED

Pexels Raising boys isn’t always easy, but it's one of the most … END_OF_DOCUMENT_TOKEN_TO_BE_REPLACED

You want what’s best for your boys. You want to set them up with all … END_OF_DOCUMENT_TOKEN_TO_BE_REPLACED