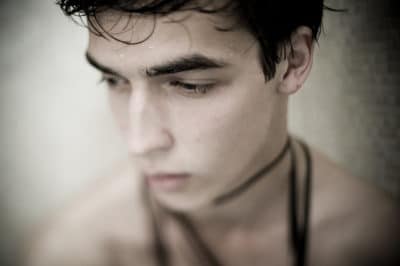 Last month I wrote a post about a 15-year-old boy who was found with 53 baby birds in his bedroom.

Today I received an anonymous comment from a reader claiming to be the boy’s mother. I have no way of verifying her identity, but since her comments are interesting — and at least one news report does indicate that the boy was in counseling — I’m reprinting her comments her in their entirety.

Dear reader’s….I happen to to be this boy’s mother… I am so tired of people passing judgement on me as a mother.I have had trouble with my child since he was a toddler. I have taken him to doctor’s his whole life. The most they came up with was ADHD. The meds never seem to help him.He was removed from my home for a yr. to live in a therapy residental setting and was released too soon because it was costly for the state. In that year my son was out of my home his father and I attended every function. We as a family drove down to denver every weekend with out fail for family therapy. I have taken every parenting class available. I worked with my son in therapy else where for six years. I have tried everything. Yes even spanking him and that ended me up as a child abuser. So thats just a brief on what I have been dealing with. He has a long line of theft that I myself have even called the cops on him. He has been slapped on the hand his whole life. I love my son and have tried everything to make him see how he is ruining his life. I am a single mother now of 2yrs and do what I can. I dont want to see him in jail because he will only come out worse but he does need to learn from this and I hope that he does. This whole thing happened in 45 mins. A lapse of me going to work at 145 and my sister getting home at 220. So world please dont think that i dont observe my child or that im outta touch with him. The truth be told their are alot of children like mine who are over looked and failed by the system. Even more so parents like me begging for help and exhausted trying to just get them through life with what we have available to us as parents.

What do you think? Whether or not she’s the mother of the bird boy, do you think that society allows too many boys to fall through the cracks? Do you know any parents who are exhausted and frustrated from trying to get their sons the help they need?

Teaching young boys about money is so important, … END_OF_DOCUMENT_TOKEN_TO_BE_REPLACED

You want what’s best for your boys. You want to … END_OF_DOCUMENT_TOKEN_TO_BE_REPLACED

Finding the right preschool and ensuring your son … END_OF_DOCUMENT_TOKEN_TO_BE_REPLACED

Teaching young boys about money is so important, but a lot of parents … END_OF_DOCUMENT_TOKEN_TO_BE_REPLACED

Pexels Raising boys isn’t always easy, but it's one of the most … END_OF_DOCUMENT_TOKEN_TO_BE_REPLACED

You want what’s best for your boys. You want to set them up with all … END_OF_DOCUMENT_TOKEN_TO_BE_REPLACED