Can You Change Your Son’s Attitude Toward School?

Every parent deals with the struggle of getting their kids to go to school in the morning. Anyone who says that their child leaps out of bed every morning desperate to get through the school gates and quickly as possible is either incredibly lucky or is lying through their teeth. What child wouldn’t rather stay in bed than get up in the morning to go to school? This is especially true when it comes to teenagers.

Of course, for most kids, once they’re actually at school things are far less of a problem. They’re around their friends, they’re keeping busy, and most of the time they actually have a pretty good time at school.

However, that’s not always the case. For some kids, the hatred of school extends far beyond the fact that they’d rather spend their day at home in front of the TV. There are plenty of reasons why your son might really hate the idea of going to school every day, but no matter what they are, it can make both yours and their life a total misery every morning. But is that they way that things have to be? Does every morning have to be a total battle? Is there anything that you can do in order to help your son feel more positive about school?

Well, the answer is a resounding yes! However, it’s not something that’s going to necessarily come easily to either of you. But with some compromise, communication, and commitment, you can help your son have a much more positive attitude towards their education. Try these 5 techniques:

Figure out the root of the problem 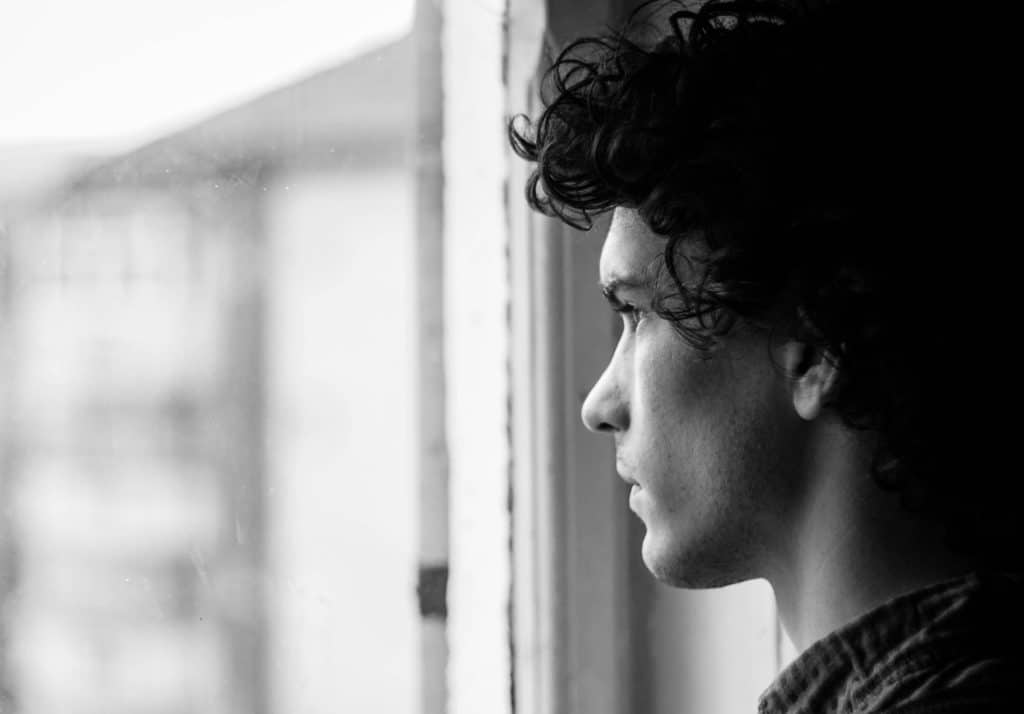 Before you do anything else, you should try to figure out what the root of the problem really is. After all, the fact that your son doesn’t like school can be down to a whole host of reasons. It could be down to the fact that they are struggling in a particular subject or subjects. Feeling as though they’re behind the rest of the class can make your son feel incredibly frustrated and embarrassed. Kids aren’t generally known for their ability to understand their emotions and so those kinds of feelings can often manifest as anger and aggression if you’re not able to support them as much as possible.  If that’s the case, then you may be able to offer them extra support so that they are able to catch up. Of course, it might be that their studies are totally fine, but they have an issue with a particular teacher. If that’s the case, then it might be a matter of changing their class or discussing things with the teacher themselves. Unless you are able to really get the root of why your son doesn’t like going to school, you’re never going to be able to help them find any useful solution.

Encourage him to pursue extracurricular activities

Sometimes the best thing that you can do is to give your son a reason to want to go to school outside of their everyday classes. Extracurricular activities are a fantastic way of doing just this. They give kids an outlet for their energy, passion, and creativity that they might feel as though their everyday classes don’t provide. The kind of activity that your son pursues will often come down to the kind of interests they have. If they’re a very sporty kind of kid, then encourage them to try out for one of the many sports teams that their school undoubtedly has. If they’re not a big fan of sports, then they might want to try something like the marching band. Not only can this help them to feel happier about going to school every day but it might even help them discover an interest that they never knew they had. Of course, then you need to be ready to for your house to start filling up with the paraphernalia of their new passions. Whether it’s sports kit, color guard silks, or anything else. Of course, very few parents would complain about that when they get to see just how happy their child is once they’ve found something that makes them really happy. 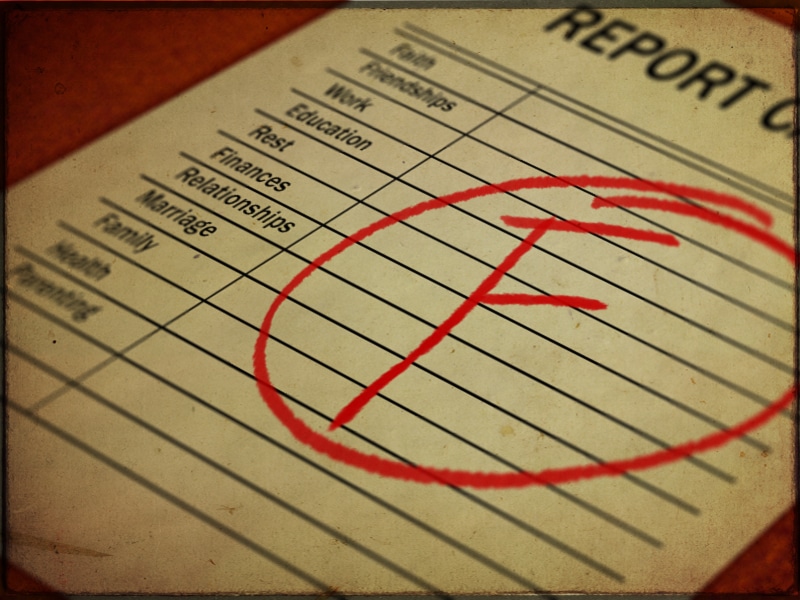 There is so much pressure placed on young kids every single day. They are made to feel as though every single grade that they receive is going to have an impact on their future and this makes any bad grade feel tantamount to a death sentence. The problem is that it means that they are terrified of failure to the point where it’s almost paralyzing. It’s your job as a parent to remind them that a bad grade isn’t the end of the world. One of the most important things that a lot of kids simply aren’t taught in schools is just how valuable getting something wrong can be. Doing something badly is just the first step towards being able to do something well. Help them understand that a bad grade isn’t a sign that something is wrong with them, but instead, it offers them the chance to look at what they need to improve upon. If they can learn to treat failure as a learning experience rather than as the end of the world, they will feel a lot less dejected and unhappy about having to go to school every day. In an ideal world a poor grade should spur them to try harder next time or to figure out what they’ve been doing wrong, but really it’s important just to remind them that it’s not the worst thing in the world to get anything less than an A+.

For a lot of kids, their friends are the main reason that they bother to go to school every day. Without the support of friends, school can often be a lonely, unpleasant experience for a lot of kids. Make sure that you’re encouraging their friendships as much as possible. Invite their friends round for dinner, talk to them, take an active interest in the friendships that your son is forming at school. By supporting something that’s so important to your son, you’re in a much better position to encourage them to feel happier at the idea of going to school every single day, even if they’d much rather be doing something else.

Talk to the school 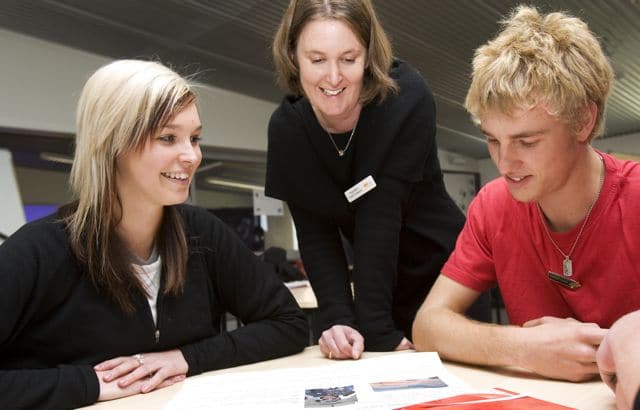 The other thing that’s incredibly important to remember is that, as much as it might feel like it, you shouldn’t have to do everything by yourself when it comes to supporting your son. If they are unhappy at school, then that’s as much the school’s problem as it is yours. If the school isn’t doing enough to make your son’s experience a positive one, then you need to talk to them about it. Chances are that the school is just as concerned about your son having a positive experience every day as you are and if you speak to them then they will likely want to do everything in their power to make sure that that happens. It could be something as simple as moving them to a class where they would feel more comfortable, or it could be down to offering extra support if they are really struggling in one or more subject. There are specific things put in place in order to help kids who are having difficulties, and you shouldn’t feel like it’s only up to you and your son to make sure that they aren’t miserable every day. If it seems like the school isn’t taking enough of an interest in helping your son feel happy and comfortable, then it’s entirely acceptable for you to decide to complain to the school. If you feel as though you’re fighting against the school then you can only imagine how your son must be feeling.

One thing that is incredibly important is to remember no matter what, there is always going to be a chance that your son will simply never like school. Now, this doesn’t mean that the best option is just to take them out of it and let them stay at home every day, after all, whether they like it or not, the skills that they learn at school are invaluable to their future. Instead, it might just be a matter of talking to them and letting them know that you understand how they’re feeling. By letting your son know that you’re in his corner then he’s much less likely to feel like everything is against him. Of course, as they get older, there will be more and more options available to your son in terms of work and different kinds of education. With things like community college, you may well find that they thrive in education in a different kind of environment than school can offer. It’s not always easy to see your son doing something that they really don’t like, but it’s sometimes your job as their parent to see the long-term benefits of something that they can’t.