Why Boys Do What They Do 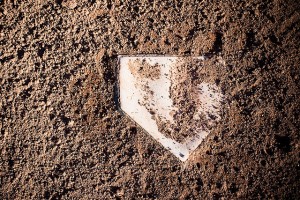 This weekend, my 8-year-old son pulled himself around the bases on his belly.

My 8-year-old is a healthy, strong child who runs, rides bikes and plays baseball on a routine basis. There is nothing wrong with his legs. He simply dragged himself around in the infield of a baseball field, base to base, in a low army crawl, because he could. No, let me correct that: to see if he could.

Why? To See If He Can

Let me set the scene for you: July 3, 2014, a small-town 4th of July celebration. An entire community, gathered on the slopes and hills that surround Fireman’s Park, the baseball field that’s “home” to our American Legion team. The fireworks are over; the lights surrounding the ball field come up once again. As adults fold up blankets, pack up folding chairs and sip “just one more,” kids of all ages pour out onto the ball field. Between 1st and 2nd bases, my 13-year-old and his friends play a game of Pickle. In the outfield, clusters of kids play in groups. My 8-year-old and his friends line up at home plate and take turns running the bases.

I continue talking to friends, while glancing at the field on occasion, checking on my kids. For the first time, all of my kids are old enough to run relatively unattended in this relatively safe environment. (At this community gathering, they’d be hard pressed to walk past 10 people without running into two people they know.) The kids are enjoying their freedom, and I’m enjoying mine.

I look up and notice my 8-year-old, army crawling between 2nd and 3rd base. I’m not surprised; this is the boy who army-crawled up the hill behind our blanket earlier in the evening, just to see if he could.

When I look again, he’s rounded 3rd and still on his belly. I fully expect him to stand when he makes it home base, but instead, he rounds home, still on his belly. And then it occurs to me: he’s going to see if he make it all the way around the bases.

It’s slow, tedious work. 90 feet from one base to the next, and my son is only four foot-something. The other kids on the field continue to play. When my son rounds 1st, he’s smack-dab in the middle of the Pickle game. I cringe momentarily, picturing a 13-year-old stepping on my 8-year-old’s head. But the older kids adjust their game, running adeptly around my son, who is still dragging himself forward, foot by foot.

When my son arrives at 2nd base, his friend is waiting for him. My son raises his right arm above his head in a victorious gesture. His friend grabs my son’s left arm and raises it above his head too, like a boxing referee raising the arm of a champion.

My heart melts. My son’s friend, a fellow 8-year-old boy, recognized the significance of my son’s quest and spontaneously celebrated his achievement with him. My son’s smile as he heads towards me — now on his feet — is self-satisfied. It is a look of accomplishment, the look of a boy who is proud to have achieved his goal.

I smile too and head toward him, arm held out for a high five. What other way is there to recognize such a feat? My son slaps my hand and smiles, then backs into the light so I can get a better view of his shirt and pants. They’re filthy, caked with ground-in ball field dirt, but who cares? My son made it around the bases!

What Could Have Happened , or How Well-Meaning Adults Interfere with Boys’ Development

Walking home, satisfied and happy, my son said, more than once, “That will be a happy memory.” His pride in his accomplishment was palpable, and even at age 8, he knew he’d laid down a lifelong memory.

The next day, he was still talking about his adventure. With remarkable insight, he said, “If you were a bad mom, you would have come down on the field and told me to stop.”

Think about that for a minute. My actions and reaction were the difference between “a happy memory” and self-satisfaction and “everything negative” and a profound sense of disappointment.

Unless and until I look. When I look — and luckily, I did that night — I see what matters to my boys. Wait, let me rephrase that. I don’t always see what matters to my boys. What I see, when I see them deeply engaged in something, is that something matters. Most of the time, I have no idea why they’re doing what they’re doing, or what they hope to get out of it. But four boys into parenting, I have learned this: when a boy is intensely focused on something, it matters to him.

When a boy is intensely engaged in an activity, it’s time to stand back, to watch and observe. (Unless, of course, the activity is immediately and inherently dangerous.) As an adult, you may not know why what he’s doing is important to him, and if you asked him at the moment, he probably wouldn’t be able to tell you either. But rest assured: if he is completely, 100% engaged in the activity, he is getting something out of it. It is meeting one (or more) of his deep needs. He may be learning something about the world or about himself. He may be testing his abilities or a hypothesis. He is learning and growing, and in that moment, he is taking an active role in his growth and development.

That night at the ball field, I could have taken all of that away from my son. I could have told him no, could have demanded that he stand up and leave. It was late. We’d already watched the firework, he’d already played with his friends and he was already filthy. Who could have blamed me for putting my foot down and saying, “No more?”

My actions would have made perfect sense from the adult perspective. The problem is that my actions would have interfered with my son’s growth and development. What looked, to most adult eyes, like a completely ridiculous and random endeavor was an 8-year-old’s attempt at self-mastery. It was a lesson in perseverance and personal power. My son learned that he can set and achieve goals, even in difficult circumstances. Even more importantly, he learned that his mother trusts him to set and achieve personal goals.

So often, we unconsciously interrupt or inhibit our son’s growth and development. When it looks — to us — as if they’re doing nothing of value (sitting and playing video games, for instance, again) or if they’re doing something that annoys us (jumping off the furniture), it’s easy for us to say, “Stop it!” To stop whatever it is they’re doing in an attempt to restore peace and order and sanity.

But here’s the thing: growth is rarely a peaceful, straightforward endeavor. Growth is most often messy. It occurs in fits and starts and is sometimes overwhelming. Growth opportunities cannot be predicted and do not look the same for everyone.

You cannot predict, much less know with any certainty, exactly what your son needs to grow. Your son doesn’t know either. He learns by doing, and sometimes the things he is moved to do seem to make no sense. Boys experiment their way through the world. They try things — like army-crawling around the bases — just to see if they can. In the process, they learn the physical and social rules of the world, as well as their own personal capacity for perseverance and innovation.

Boys constantly set up and initiate experiments and challenges to help them learn about the world — and we often stop them out of concern for their health, safety and welfare. (Super-sanitized playgrounds, anyone?) Other times, we stop them simply because their actions make no sense to us, or because their actions inconvenience or offend us in some way.

Do our boys need us? Yes, absolutely. Parents and concerned adults play an important role in boys’ lives. Boys need limits, and they can and do learn from adult input and guidance. But the next time you’re tempted to say no to your son, simply because he’s doing something that makes no sense to you, stop. Watch and observe first. Try to see the situation from his perspective.

If he’s completely absorbed in the activity at hand (and not in any danger), watch. Hold back, and hold your tongue. If I’ve learned anything while raising four boys, it’s that boys who are completely engaged are learning. What may look to you like a completely senseless activity — say, army crawling around the bases — is probably deeply important. 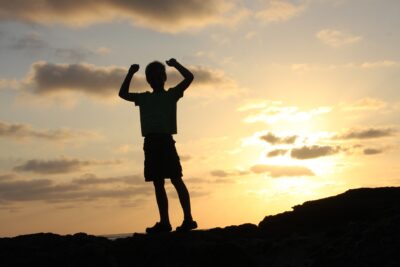 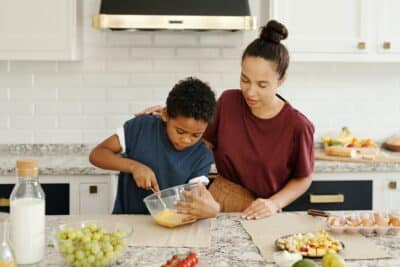 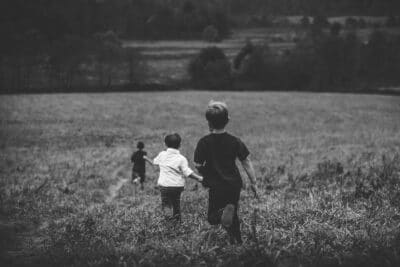