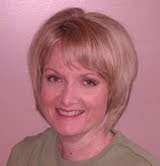 Please allow me to introduce fellow freelancer and homeschooler, Jan Udlock. Jan writes for a wide variety of magazines and homeschools her youngest three children (ages 10,13, 14; her oldest children are away at college). She lives with her family on a bit of acreage in the Pacific Northwest. Her vices include coffee, chocolate, anything pink, and checking her email too often. Catch her blog at IMP3RfeCt Mom. (I’m there today too, if you want to check me out!)

When my first-born boy was young and we were living in Southern Callifornia, I was not going to allow guns in the house. And yet, when he was around 18 months, he was eating a graham cracker in his high chair and took a bite out of it and proceeded to say bang! (I had never said that.) Because he was our first, he didn’t watch violent cartoons, etc. etc. Now, 21, he reminds me that I never allowed Power Rangers because I thought that the program was too violent.

We now live in a rural area in Oregon and as my boys got older, they shot BB guns. My oldest wanted to hunt with a bow and arrow. As the mom, I did not understand any of this at all. My family in Southern California do not understand hunting in the least. However, I definitely think it’s a regional tradition.

My younger son plays airsoft on our property with his friends. Why do you want to shoot each other while running around in the trees? He proudly shows me his welts when he comes in and brags about the welts he gave his brother or friends.

Competition between my sons seems to be the constant topic at our house. They brag about how much weight they’ve gained. They talked about the pounds they can lift, press, squat or whatever they do with weights. Our youngest son is taller than his older brother and when the oldest comes home from college, my youngest son takes every opportunity he can, measuring himself next to his brother and announcing the difference.

My boys can be a bunch of cavemen. But they can still have a tender heart. My youngest has a cat that he snuggles with every night in bed. And my oldest kisses me and all three of his younger sisters every time he comes home from school as they run to greet him. Raising boys was not what I expected it to be. It’s worrisome and always a stretch for me to understand their desires but I wouldn’t have it any other way. (I keep telling myself…)

My oldest son wasn't yet two when Raising … END_OF_DOCUMENT_TOKEN_TO_BE_REPLACED

Raising my sons has always been a pleasure. … END_OF_DOCUMENT_TOKEN_TO_BE_REPLACED

None of us expected this pandemic, save maybe a … END_OF_DOCUMENT_TOKEN_TO_BE_REPLACED

My oldest son wasn't yet two when Raising Cain:Protecting the … END_OF_DOCUMENT_TOKEN_TO_BE_REPLACED

Twenty-six years ago, a beautiful baby boy inducted me into parenting. … END_OF_DOCUMENT_TOKEN_TO_BE_REPLACED

Raising my sons has always been a pleasure. I don’t know when … END_OF_DOCUMENT_TOKEN_TO_BE_REPLACED