Why Boys Might Not Be Paying Attention To Your Lesson

Why is it that so many boys daydream or doze off during your class? Is it really that bad? 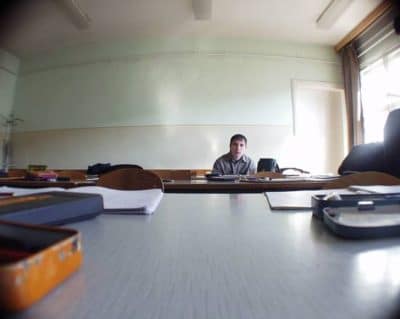 The short answer is ‘no’. The longer answer is that things might need to be addressed in your classroom so that you can reach boys who are struggling for a wide array of reasons. Reasons for this lack of focus are widespread and varied, with many suggesting that the root cause lies in a growing culture and mentality which dictates that boys should be troublesome and cool by not studying.

Unfortunately, in the majority of cases, the problem is simply exacerbated. There has always been a divide between those academically-minded and those perhaps physically-orientated or otherwise. However, in a world which increasingly favors intellect over physical capabilities, there is a growing disengagement with the state, school and employers with boys (and the men they eventually become) who don’t fit the quota of ‘success’ within our society.

We all know that many young boys are full of energy and they have no idea what to do with it. Many of them want to run, jump, shout and seemingly terrorize one another. For the most part, it’s all good fun; it’s not just harmless, but it’s healthy for them to be socializing and ‘messing around’.

However, for some boys, this isn’t just a phase, but an expression of their personality. Some boys don’t want to sit around and learn; they want to be out there in the world doing things. They want to be active. Schools aren’t built for such boys; schools are built for people of all-round abilities. Yes, physical education is one element, but children have to learn to read, write, calculate and analyze. This suits many children, but not all. While it used to be viewed as acceptable if children were acclimated towards non-academic areas, this is no longer the case in a world full of offices and ‘thinking jobs’.

So what can you do as a teacher?

It’s easy to see culture as a force impossible to resist or revert, but cultural beliefs and mindsets are formed by us as individuals. In that sense, it is entirely up to us as individuals to work towards a new mindset and many educators, parents and authorities are striving to do exactly that. It’s up to us to engage children of all backgrounds and all mentalities.

Encourage exercise among all pupils in your class.

Despite the disregard of sports or other physical activities in terms of future ‘careers’, exercise is one of the most important elements of a healthy lifestyle that people of all ages just aren’t getting. Of course, for young children this is especially detrimental as they progress through their early, formative years.

It’s no great secret that exercise improves the mind and, at a young age, it’s been proven to have immense effects on concentration in boys and girls. If you have students who are struggling to read, physical movement can be especially helpful. Not only will you be allowing fidgety and unfocused boys the chance to partake in an activity which removes the constraints for once, but you will be increasing their chances of success within the academic environment.

All children have to learn. You as a teacher have to find solutions for those children who struggle to do so, because poor behavior or lack of focus with boys in any lesson is usually the result of boredom. Physical education is rapidly become an educational ‘option’, but it doesn’t have to be. Prioritize the health and fitness of your students and you might notice a rising level of engagement amongst the boys within your class.

Engage with your students in a manner that can’t be taught on a curriculum.

All children use the word ‘boring’ to describe school, but there are ways to address this. There’s a growing pattern of boys who find themselves in trouble at school or simply receive bad grades. Given the increase in this over recent years, it’s safe to say that the cause of such a trend has nothing to do with gender, but with how our society treats gender.

As a teacher, you need to learn how to communicate with the boys in your class. Once you’ve learned a little about their problems, whether they might be personal or learning-based, you’ll start to figure out where their talents lie and you’ll see ways in which you might truly access those talents. The majority of teachers are female, but that doesn’t mean you can’t figure out why pupils are unfocused. You’ve just got to appeal to their better nature and get to the root of their struggles.

Something as simple as comfort could also change everything.

A great teacher, both in an academic and an emotional sense, is essential to a successful classroom. As I’ve already discussed, it’s important that you engage with the boys in your class on a personal level so that you can understand what they’re going through. However, there are other ways to increase productivity and concentration. One important element is the classroom in which children learn. Concentration can be hugely improved by comfortable chairs, modern tables, efficient shelving and other furnishings which should be classified as classroom essentials. As with any form of work, comfort is key.

Of course, at the end of the day, all boys and girls are different. Everybody is an individual and there are numerous explanations for struggling students. However, the fact remains that boys in our culture are suffering in the schooling system, which means that teachers have an obligation to address this.

We have to address the growing gap between successful academic students and non-successful students who might suffer from concentration problems, dyslexia or often-neglected learning difficulties.