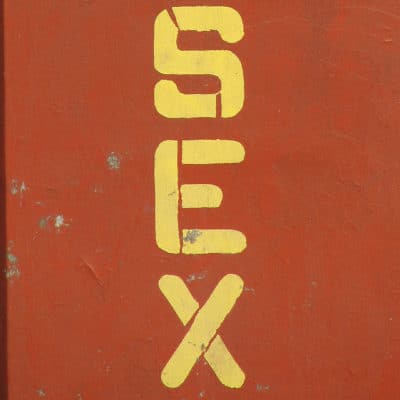 According to a recent survey, the answer most likely is “not enough.”

Researchers from Rand Corp., Virginia Commonwealth University and Children’s Hospital Boston surveyed 141 parents and their teens, ages 13 – 17. Sadly, many of teens — and most of the boys — had sex before their parents talked to them about STDs, birth control, or how to say no.

It’s a topic that hits near and dear to me. I’ve blogged about the importance of The Talk before, but now that my oldest is 12, the topic has taken on some additional urgency. Apparently (and I should have known this), it’s not enough just to know the basics about puberty and reproduction. It’s also absolutely important that teens understand the potential consequences of sex, both physical and emotional, and ways to prevent those consequences. Abstinence is ideal, but count me in with those parents who think it’s not enough. I want to make absolutely sure that my sons know how they can prevent disease and pregnancy if/when they choose to engage in sex. The consequences are simply too life-altering to take a chance.

I’ll be honest: I thought I was doing a good job. I’ve always answered my sons’ questions and my oldest, at least, knows about sex. I never really imagined that I’d need to sit down and talk to him about how to use a condom or what a STD is and how to prevent them. I realize now that I should.

I’m not going to push it, though. Despite the article’s warning that “kids need to be up to speed on STDs, birth control, and other health-protective measures by middle school,” I’m going to wait a little longer. My son just turned 12. He’s homeschooled, so he doesn’t face quite as much social pressure to keep up with the scene. And he doesn’t have a girlfriend; he doesn’t even spend any time alone with girls.

I realize I may be naive. My guess is that many boys manage to have sex before they have girlfriends, and that many children have sex at places and times their parents can’t even imagine. We will talk. We will. But for now, I’m going to do as I’ve always done and follow his lead.

You want what’s best for your boys. You want to … END_OF_DOCUMENT_TOKEN_TO_BE_REPLACED

Finding the right preschool and ensuring your son … END_OF_DOCUMENT_TOKEN_TO_BE_REPLACED

Image by Art Skoo from Pixabay  One of the most … END_OF_DOCUMENT_TOKEN_TO_BE_REPLACED

Pexels Raising boys isn’t always easy, but it's one of the most … END_OF_DOCUMENT_TOKEN_TO_BE_REPLACED

You want what’s best for your boys. You want to set them up with all … END_OF_DOCUMENT_TOKEN_TO_BE_REPLACED