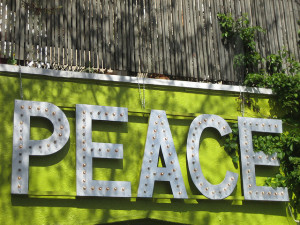 I’d had it with my boys’ bickering.

At lunch,  I read a passage from Matthew 5:
“You have heard that it was said to the people long ago, ‘Do not murder, and anyone who murders will be subject to judgement.’ But I tell you that anyone who is angry with his brother is subject to judgement…Anyone who says, ‘You fool!’ will be in danger of the fires of hell.”

I was hoping the passage would spark a conversation. I was hoping it would spark some inner reflection and repentance. Instead, it sparked anger. Boys #1 and 2 immediately clammed up and refused to answer any questions. They wouldn’t even tell me why they were mad.

An hour or so later, with the help of Boy#1, I figured it out. Yes, they fight, but overall, they think they’re doing pretty good. And my constant harping about what they’re doing wrong is making them feel pretty darn bad.

Talk about a moment of inner reflection and repentance.

The message was brought home tonight, as we read a chapter of Farmer Boy. Almanzo’s little oxen did not want to work after a summer of rest, but “Almanzo had to be patient and gentle. He petted the yearlings (when he sometimes wanted to hit them) and he fed them carrots and talked to them soothingly.”

I saw the comparison immediately, but asked him to explain. He continued, “In a lot of ways, animals and kids are the same. They don’t know very much and they’re high energy. But do they get it from from hitting and yelling? No, they get it from patience and gentleness and that kind of stuff.”

Starting now, I resolve to concentrate on patience and gentleness. Instead of focusing on the bad, I will focus on the good. I will catch my boys doing good and tell them how much I love them. Most of all, I will live each day in such a way that they can SEE the happiness they bring into my life. They have enhanced my life in immeasurable ways, and yet all too often, I fear, they only hear about the mess, the inconvenience and my long list of to-dos.

Thank you, boys, for once again showing me the way.

Teaching young boys about money is so important, … END_OF_DOCUMENT_TOKEN_TO_BE_REPLACED

You want what’s best for your boys. You want to … END_OF_DOCUMENT_TOKEN_TO_BE_REPLACED

Finding the right preschool and ensuring your son … END_OF_DOCUMENT_TOKEN_TO_BE_REPLACED

Teaching young boys about money is so important, but a lot of parents … END_OF_DOCUMENT_TOKEN_TO_BE_REPLACED

Pexels Raising boys isn’t always easy, but it's one of the most … END_OF_DOCUMENT_TOKEN_TO_BE_REPLACED

You want what’s best for your boys. You want to set them up with all … END_OF_DOCUMENT_TOKEN_TO_BE_REPLACED