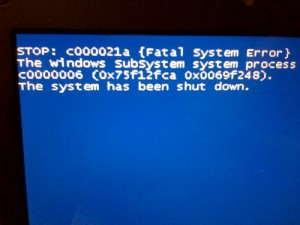 I think the Dad handled the situation perfectly, though, and here’s why: In his next paragraph, he reassures his son. The Dad writes, “I’m not gonna make a big deal out of this. In fact, I’m not gonna make any size deal of this..You have nothing to be embarrassed about.” He doesn’t shame his son; he says, “hey, I understand.”

Why I Think Dad Was Right On

When our kids are younger, experts advise us to answer their sex questions as directly and simply as possible. “Where do babies come from?” does not always require a full scientific explanation. Sometimes, kids just want to know that babies come from Mom and Dad, instead of from the stork or cabbage patch or wherever else kids may have heard babies come from. We’re advised to figure out what the kid is really asking and to answer that question without a lot of extra info, which may be more than the kid can absorb at that time anyway.

Don’t you think that son is now more likely to come to his Dad with problems (of all kinds) in the future? I do.

If the Dad had huffed and puffed, and said or implied that the kid’s actions were disgusting or immoral or wrong, or, worse yet, issued some kind of punishment or ultimatum, don’t you think the kid would be more prone to simply hide his actions in the future? Less likely to approach his Dad with problems and concerns?

You want what’s best for your boys. You want to … END_OF_DOCUMENT_TOKEN_TO_BE_REPLACED

Finding the right preschool and ensuring your son … END_OF_DOCUMENT_TOKEN_TO_BE_REPLACED

Image by Art Skoo from Pixabay  One of the most … END_OF_DOCUMENT_TOKEN_TO_BE_REPLACED

Pexels Raising boys isn’t always easy, but it's one of the most … END_OF_DOCUMENT_TOKEN_TO_BE_REPLACED

You want what’s best for your boys. You want to set them up with all … END_OF_DOCUMENT_TOKEN_TO_BE_REPLACED