The accompanying graphic, a line graph showing the growth of homeschooling over the last 20 years, is enough to incite yet another wave of anti-homeschooling sentiment — because really, who wouldn’t be against homeschooling if homeschooling means that over 1.5 million kids are being spoon-fed questionable science?

That, of course, is exactly what the article implies, thanks largely to an extremely short-sighted, ill-advised comment from Ian Slatter, a spokesman for the Home School Legal Defense Association (HSLDA). “The majority of home-schoolers self-identify as evangelical Christians,” said Slatter. “Most home-schoolers will definitely have a sort of creationist component to their home-school program.”

Oh. Good. Gravy. For a group that claims to support homeschooling, such a comment — which will clearly turn off at least half of the general public — is pure idiocy. Are they trying to convince the American public that homeschoolers are nuts?

Note: I am not anti-evangelical Christian. I support parents’ rights to teach and instill religious values. But this Slatter guy has gone way too far.

What he doesn’t tell you is that a lot of parents homeschool because they want their children to have a broader world view. I don’t homeschool because I want to protect my children from evolution; I homeschool because I want them to question everything. I want to expose them to things they might not learn for years yet, if they were confined to a certain grade level in a certain school. I want them to have the freedom to think deeply, to make connections, to ask questions. I want to teach them how to analyze information, how to consider the source and how to come to a conclusion based on established facts. I don’t want them to believe in evolution because someone tells them it’s so, and I don’t want them to believe in creationism because someone tells them it’s true. I want them to understand the arguments and “facts” on both sides, and I want them to reach their own, reasoned conclusions. Because whether you believe in evolution or not — whether you believe in creationism or not — you darn well better understand the issues on both sides, because none of us lives in a world with one, accepted world view.

Except maybe the Home School Legal Defense Assocation, which has a long history of promoting evangelical Christian concerns at the expense of the broader homeschooling community.

I will tell you this: The HSLDA does not speak for me. And while the article would have you believe that homeschool parents are stymied, stuck in a system in which the only available textbooks are anti-evolution rants, the article overlooks the simple fact that many (most!) homeschoolers are extremely resourceful people. We haunt the library, checking out scientific books (even — gasp!– The Origin of the Species) and movies. We visit science museums and consult with friends, neighbors and associates who work in scientific fields. We read newspapers — and let our children read along. We surf the ‘Net. We watch the Discovery Channel and Animal Planet. We attend scientific lectures and sign our children up for hands-on, experimental science classes. We experiment and play. We arrange mentorships for our older children and enroll them in community college when they want a more formal educational experience. We are NOT restricted to a couple of questionable texts, just because they’re the top-selling homeschool texts.

Call us the silent majority. We focus on our families while the Associated Press and HSLDA incite homeschooling hysteria. 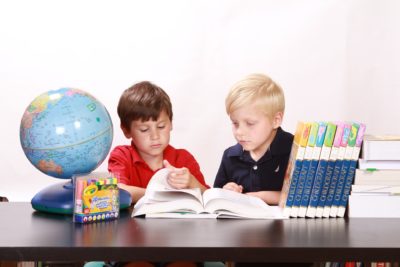 Literacy skills are inextricably linked to success in the modern world. Pexels – CC0 License But boy’s literacy rates in schools are falling in comparison

How Are Boys’ Learning Styles Different From Girls’?

How much do you know about boys’ learning styles? In order to teach boys effectively, it’s important to understand how they learn. Some say the

The Role of Parents in the IEP Process

Many parents are unsure about their role in the Individualized Education Program (IEP) procedure and what they can contribute to the process. It’s important to