Helping Your Son To Be Himself

Boys can suffer a lot from self esteem issues as they grow, and quite a lot of the time, these worries and fears are swept under the rug. Men’s mental health can be an oft ignored issue, but increasingly, parents (and teachers) are turning their attention toward boys’ mental health. One way you can help: Build your boys up, so he can be himself, and to grow in his own way, and develop his own personality, instead of being belittled and bullied by both his peers and society at large.

As a parent, it’s up to you to ensure your son knows he can be himself against the world, and he doesn’t have to change to fit other peoples’ expectations! Here’s how: 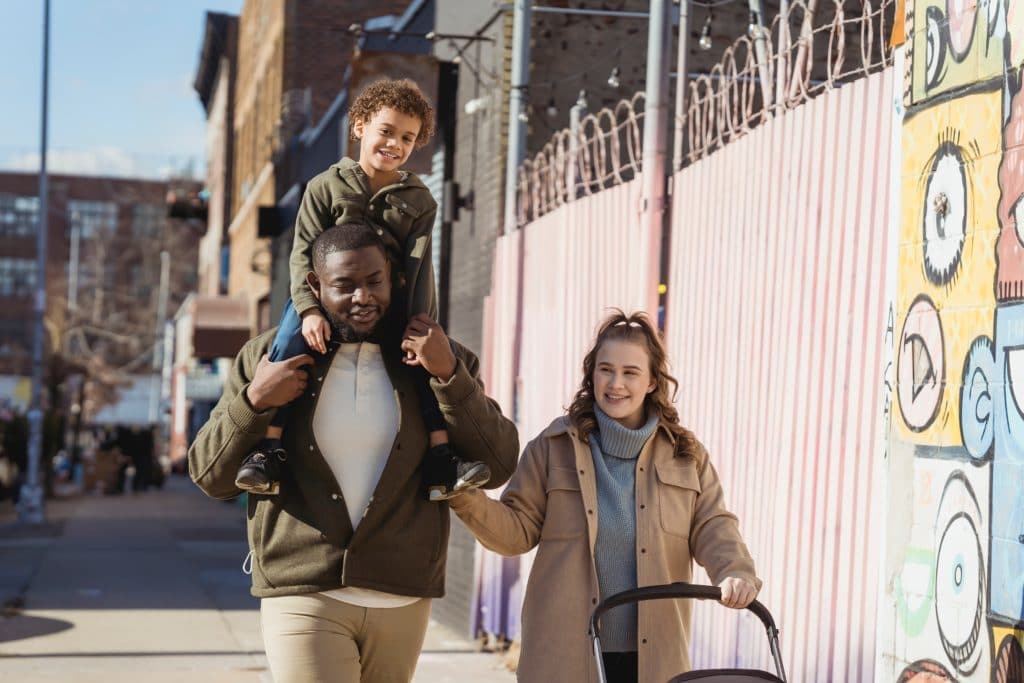 Give Him His Own Space

A child needs his own space from an early age, somewhere he can explore his own thoughts and opinions.

Whether it’s a play room or a treehouse in the garden, as long as he has a space that’s entirely his own and can do what he wants in, your son is going to feel much more secure in his surroundings. It’ll help to teach him the importance of boundaries, and to show him that everyone needs their own time and space from time to time. And as a parent, that’ll certainly save you during the summertime and days off from school!

Let Him Develop His Own Style

Your son is going to have his own ideas about what he wants to wear and what he looks good in, no matter how old he is. As adults, our clothes are the biggest way in which we express ourselves, and the ability to be able to do that starts at a young age. So, if he does have his own style, that’s something you should encourage, no matter how weird his outfit choices really are!

Because your son needs to know that his choices matter, and his thoughts are important, and he deserves to grow knowing he’s happy when he looks in the mirror. And as he gets older, you can be much more constructive with how you steer him, in terms of his wardrobe. For example, if he clearly has his own sleek, cut style, you can buy him his first pair of Ray Ban glasses in the summertime when he’s 13 or 14, and he’ll love you for it.

It’s encouraging, in its own way, and it proves you pay attention to who he is and what he wants to do. Not to mention he might just be the envy of his friends, and every kid wants to feel like that at one point or another!

Try to Tell Him What He Needs to Hear

Telling someone what they need to hear usually means ‘tough love’, or telling someone some hard truths that hurt. However, when it comes to your own son, you don’t have to be ruthless. Rather than tell him anything that’s hard to hear, don’t lie to him about the world, and what’s it going to be like when he gets older.

Most of all, make sure he knows how to stand his ground when someone questions the kind of person he is, and make sure he can meet his own eyes in the mirror every single day. Kids often go without ever learning how to do these two things when they’re young, and have a hard time of learning them when they’re older, so set him off on a good stead while you’ve got the chance to.

Knowing that your son has everything he needs, such as words and phrases of affirmation, and how to deal with someone who knocks his self esteem, really will arm him for life. It’ll help him to feel safer and more secure in the world, and ensure he grows with all the confidence and self awareness you always wanted him to have.

Always Be His Safe Space

Finally, make sure your son always knows he can come back to you when he’s feeling scared or unsure, and that you’ll be there to catch him, no matter how old he is. A parent knows when to get involved and when to let their child get on with things, but if you’re always there in the background as an option, your child will be much more outgoing in the face of their problems.

Being a safe space can mean many things to many people, but most of all, it ensures you’re someone who he can turn to when he’s in trouble. It means he can open up to you without fear of judgement, which’ll certainly help to stop any bad lying habits in their tracks at an early stage!

Similarly, if your son knows that you’re his safe space, he’ll be easy to comfort when he does run into trouble, and he’ll be able to bounce back better than any of his peers. That’s something that every parent wants for their child, and really ensures that he has everything he needs to keep in touch with his emotions and work through them in a productive manner.

What to Keep in Mind

If you want your son to always feel like he can be himself, make sure you’re working to teach him the power of self love and self confidence, and make sure you’re leading by example here! Your child is going to grow up with thoughts and opinions of his own, and if you show him from a young age that those things matter, he’s going to be just fine in later years.

Finding books boys like to read isn’t easy. Especially if you’re a middle-aged mom who generally doesn’t understand what tween and teenage boys like or