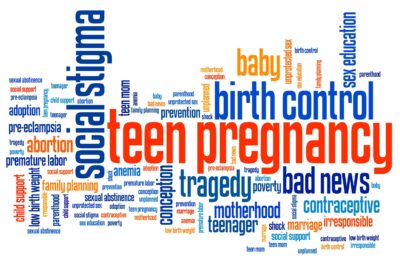 According to  a study by the Centers for Disease Control, 40% of teens aged 15 to 19 have had sex at least once. 81% of boys who engaged in sex reported using birth control during their first sexual encounter.

That’s the good news, I suppose. Most of our teens are not having sex, and the vast majority of those who are sexually active are taking steps to protect their health and prevent pregnancy.

Buried in the “good news,” though, is an extremely disturbing nugget of information: 18% of the boys surveyed said they would be a “little pleased” or “very pleased” if their sexual encounters resulted in a pregnancy.

Take a minute for that to sink in.

Almost one-fifth of the boys surveyed — boys aged 15 to 19 — would be happy if they impregnated a girl. Why??? Because it proves their manliness? Their virility? Because they hope to leave a lasting mark on the world? Whatever their misguided reasons, we need to get one message through to our boys, loud and clear: Making a baby does not make you a man. Living up to your responsibilities, whatever those responsibilities might be, makes you a man.

Kimberly Spector, an LA-based adolescent-health educator quoted in a WebMD story about the study said, “This report shows us that if we as educators and parents are going to take a wholistic approach to sex education, one that addresses all of the risks and most completely informs our students and children, we are going to have to start talking more in depth about the realities of parenting. Teenagers need to know that having babies is not just about cuteness, love, and a lasting relationship with a significant other, but also about dirty diapers, sleepless nights, increasing expenses, and often, emotional exhaustion.”

The truth of her words is stunning in its simplicity. We need to teach our kids that sex may result in parenting.

I’m a proponent of open and honest conversations about sex and birth control. I firmly believe that our children need to know about sexually transmitted diseases and birth control options, because like it or not, we can’t control our children’s behavior. We can, however, influence their behavior, and maybe that’s where we’ve been slacking off.

Most modern sex ed programs focus on mechanics, diseases and birth control methods. But how much time really is spent drumming in the idea that sex leads to babies, which leads to parenting? It’s almost as if that reality has gotten lost in the details. It’s a hard concept to teach — I mean, how many of us really understood how difficult parenting would be? — but one that’s absolutely essential. Our boys need to know that sex doesn’t end with making a baby, that making a baby is just the beginning.

On the other hand, I don’t want our children indoctrinated with the inconveniences of parenting. Yes, having a baby results in dirty diapers, sleepless nights, increased expenses, and often, emotional exhaustion. But parenting can also be the greatest adventure of one’s life, an opportunity for personal growth like no other. The hitch, though, is that you have to be ready. To fully partake in the joys of parenting, you have to be ready to set aside your own needs to focus on those of another, and that requires a maturity that most teens simply don’t have.

As always, our kids are learning from us. My boys, especially the older ones, understand all too well that parenting is hard work, because they see me doing it day in and day out. They know that toddlers are extremely demanding little creatures because they’ve seen me deal with their highly persistent and strong-willed little brother. They also see, however, the deep love I have for each of my children, and I frequently talk about ways parenting has changed my life for the better. We also talk very candidly about teen sex, especially during teachable moments. FOX’s hit TV show Glee contains a teen pregnancy story line, and we talk about it. Slowly, gradually, I think my boys are getting the message.

What about you? Do you think boys today “get” the idea that sex leads to parenting? What do you think needs to be done to improve our sons’ sexual education?

You want what’s best for your boys. You want to … END_OF_DOCUMENT_TOKEN_TO_BE_REPLACED

Finding the right preschool and ensuring your son … END_OF_DOCUMENT_TOKEN_TO_BE_REPLACED

Image by Art Skoo from Pixabay  One of the most … END_OF_DOCUMENT_TOKEN_TO_BE_REPLACED

Pexels Raising boys isn’t always easy, but it's one of the most … END_OF_DOCUMENT_TOKEN_TO_BE_REPLACED

You want what’s best for your boys. You want to set them up with all … END_OF_DOCUMENT_TOKEN_TO_BE_REPLACED