What Black Boys Want: It’s Not as Complicated as You Think

So much is being written about Black boys and men that sometimes, as a Black woman and mother, it’s hard to separate my own feelings and thoughts from what I see, read and observe in the public sphere.

As I research and study policy related to the Black community, particularly Black men and boys, I am inundated with data about their lives: graduation and dropout rates; arrest, conviction, and incarceration rates; incidence of physical and mental disease and illness; rising rates of suicide and self-harm; and on and on. But when I consider my experiences as a Black mother and my sons’ experiences as Black boys and now men, I see with a different lens and realize even more now what I think I knew all along—our Blackness frames our lives but it is not exclusively determinative either in the causes or outcomes of all that makes up our existence.

My life growing up in Delaware in the 70’s was filled with what we now call protective factors. My mother and father lived in my home and both were employed when they wanted or needed to be. We were active in a church community. I went to a neighborhood school that was majority, though not exclusively, attended by Black students. Neither parent was incarcerated. And though my extended family did not live with us, my parents were constantly bringing their siblings up from Florida to get a start on their adult lives. In my eyes, we were not just a normal Black family but a normal family. I could sometimes hear my parents talking with their friends about discrimination or prejudice, but those things did not seem to dominate their conversations or rule their lives. They did not seem to see integration and assimilation as realities to constantly strive for but rather they seemed to expect that it was natural for them to want what every white family wanted: economic opportunity and security, education for their children, social equity and parity. They wanted a good life, but they didn’t necessarily need or want it in close quarters with whites. They were happy in our community.

Though my sons have grown up in different circumstances, they want the same things my parents did and seem to value the same type of support that my parents sought and enjoyed. I asked my younger son to name what he feels is the best support he receives that strengthens him to face life. His answer was quick and sure: space to be himself. His response is not that different from what I’ve heard from other young adult Black men. He explained that he wants the freedom to be introverted, to not be judged, to sometimes be wacky and zany, and to not assign every hardship or adversity, every misstep or painful consequence, to racism. He believes that racism has loomed largest in his life in matters of employment while he also freely acknowledges that much of what he has experienced so far is much more related to his own bad decisions and pride and the spiritual ramifications thereof. And he wants that to be okay.

He wants to be allowed to fail without the expectation that he will fail because he’s Black. He wants people to understand the pressures and limitations Black boys and men often feel, and the ways in which their decision-making is constricted and shaped by those realities of life, without drawing conclusions about how and whether they might be able to overcome their own mental and emotional distortions, and whether they deserve the chance to. He and his friends want to be measured by the same standard as white boys and men. They want their college degree to hold the same weight, their work experience to open the same doors, and they want their friends who are sitting in jail for smoking weed to have the chance to run cannabis enterprises and be featured on 60 Minutes as enterprising and resourceful men.

As his mother, I want all of these things for him, too. And so should you. 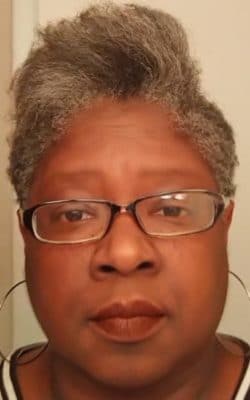 is a writer, mother of two boys and a lawyer who’s served as a policy fellow for Moms of Black Boys United. You can connect with her on Twitter. Chandra is also a guest on this episode of ON BOYS podcast, Supporting Black Boys’ Mental Health.