To a certain extent, being a parent today means living in a state of perpetual fear.

We worry about our children’s well-being. We see and hear news stories about kidnappings and murders and sick children, and we hope and pray that nothing that terrible ever happens to our children, while also knowing that there’s next-to-nothing we can do to prevent tragedy. We anxiously watch political and governmental leaders and economic indicators and wonder what kind of world awaits our children in the future.

We want the best for our children, so we hover and observe, looking for signs of potential problems, so we can intervene quickly and efficiently. So we can preserve our child’s chances at a best possible outcome, no matter what.

We’re terrified to miss something.

And that fear and terror — 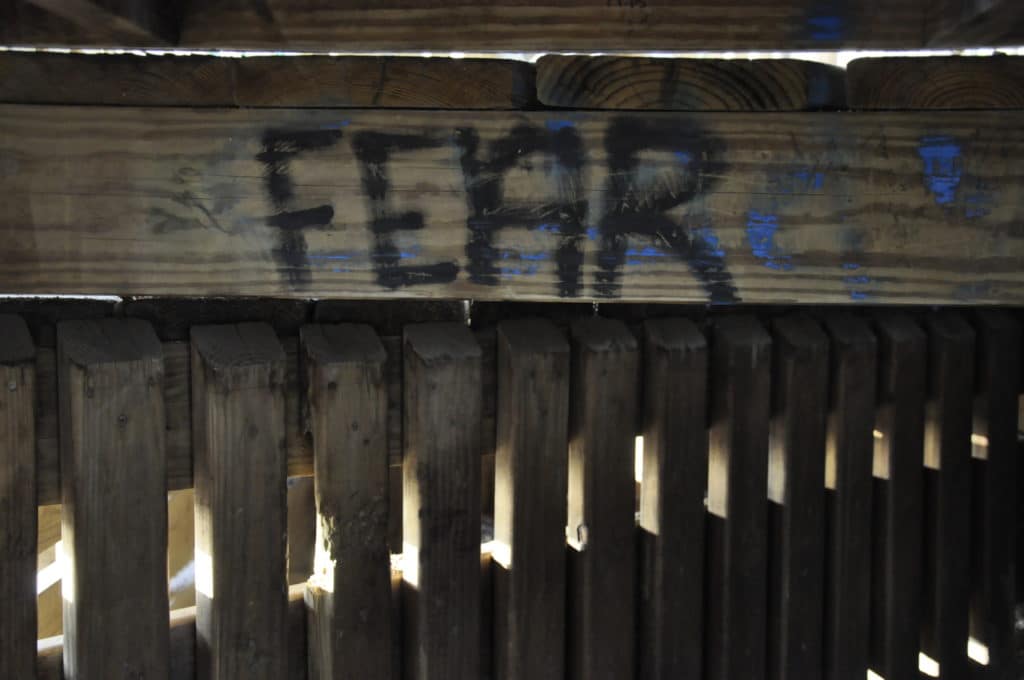 borne of love for our children — makes us targets.

Let me explain. I recently found this in my inbox:

You tell your child to clean her room. Half an hour later, not only has she not cleaned her room, but she’s hit her brother while fighting over the iPad. Is her disobedience willful, or a sign of a brain imbalance causing a processing issue?

As a parenting & health journalist, I frequently get pitches like this from public relations people. In this case, a clever PR person has found a way to capitalize on parents’ summer stresses. The email began — I kid you not — like this:

With summer and the parenting challenges that come with it under way, I’m writing to suggest a story idea for that asks, “Could your child’s bad behavior be a sign of a behavioral disorder?”

Now, I’m a slightly jaded (experienced) parent of four. I know that “bad behavior” is most often simply a part of growing up. Kids learn how to behave, in part, by misbehaving. They do the “wrong” thing — pull the cat’s tail, hit their brother, talk back to the teacher — and see what happens. Over time, they gradually learn how they’re supposed to act, and develop the self-control and maturity to moderate their behavior.

In other words, most “bad behavior” is completely normal and developmentally appropriate. This is a very important point, especially for parents of boys, because we constantly get subtle signals from society which suggest that any misbehavior on our boys’ part is a sign of a serious problem.

Back to the email….

…there are five signs that your child‘s misbehavior could be something more.

1. DEFIANCE
If your child often doesn’t listen to your explicit instructions or refuses to obey other authority figures, it might point to common disruptive behavior disorders like ADHD, Oppositional Defiant Disorder, and Conduct Disorder.

Listen: If your child doesn’t listen to explicit instructions or obey other authority figures, he’s completely normal. I know that “often” is they key word here, but there’s no effort made to define it.

2. INATTENTION
If your child continually struggles to concentrate or moves from one task to the other without completing any, this might be a sign of ADHD.

Alternately, it’s possible that your child is a toddler. Or a tween.

3. PHYSICAL AGGRESSION
All children throw occasional tantrums. But if your child is overly aggressive—throwing excessive tantrums or initiating negative interactions with other children—she might have CD.

Or, he could have some big, strong emotions about something that he’s not quite sure how to express. He could be copying behavior he’s seen elsewhere.

4. BLAMING OTHERS
It’s normal for children to want to avoid getting in trouble. What you should look out for is a tendency to shirk responsibility or refuse to own up to their mistakes.

Again, this could be completely normal behavior. That tendency to shirk responsibility? Another hallmark of the tween years.

5. ANTISOCIAL BEHAVIOR
Severe antisocial behavior (violation of social rules and disregard for the feelings of others) can often lead to a diagnosis of CD or ODD.

Here’s where a parent’s mind can go crazy. Disregard for the feelings of others? Oh no! My son didn’t seem upset at all when he hurt his brother!

And that’s when people who want to prey on and profit from your fears swoop in.

There are countless people who stand to benefit when we give into panic. Your child is not one of them. Neither are you.

Don’t succumb to the fear. Take a deep breath. Focus on what you know about your child, yourself and the situation at hand. If you’re worried, seek more information. Talk to other parents; that’s the quickest and most effective way to put your concerns in context. (It’s also a good way to find support and discover new problem-solving strategies.) Look up reliable information online; for things like ADHD and Conduct Disorders, I trust the National Institute of Mental Health.

Talk to professionals. Teachers, doctors and counselors work with lots of children and families, and are happy to answer questions and address concerns.

Statistically-speaking, the odds are good that there’s a lot more right than wrong with your child and family. Focus on that. Love your child, build up his strengths and together, address any concerns that arise.

What about school? is the question on everyone's … END_OF_DOCUMENT_TOKEN_TO_BE_REPLACED

I have spent two decades working on raising boys … END_OF_DOCUMENT_TOKEN_TO_BE_REPLACED

My oldest son wasn't yet two when Raising … END_OF_DOCUMENT_TOKEN_TO_BE_REPLACED

What about school? is the question on everyone's minds right now. It's … END_OF_DOCUMENT_TOKEN_TO_BE_REPLACED

My oldest son wasn't yet two when Raising Cain:Protecting the … END_OF_DOCUMENT_TOKEN_TO_BE_REPLACED