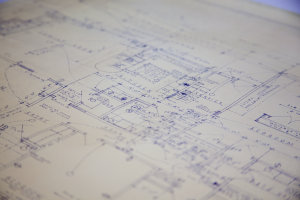 Here at BuildingBoys, we talk about building healthy boys. Our tagline is, “There’s no blueprint for building boys!” because we believe there’s no one “right” approach to raising and educating boys. We’re here to share ideas and information and insights, and we want you to use what works for you and your family (or school, community or practice).

Author Mike Palombi is a carpenter by trade, and very interested in building healthy boys. Below, he shares his thoughts on a blueprint for life.  — Jennifer L.W. Fink

I’ve been a carpenter most of my life and every job I do begins the same way. I am handed a set of plans and I use those plans to build the structure depicted on the plan. The first thing the plan indicates to me is its purpose. For example, “Construct a Two Story Addition.” Everything else in the plan tells me how to fulfill the purpose of the plan. Nothing is more important to fulfiling the purpose of that plan than to follow every step of the plan. If the foundation upon which the structure will be built is constructed poorly, the whole structure is going to collapse under its own weight.

Had I approached building my life like I approach building an addition, I would have begun each day of my life by using a plan. It seems a little foolish now when I look back and realize that I had more concern for my job than for the life I lived. I think this point is really the essence of my story, “How’s It Feel, Tough Guy?”: From Prisoner of Pride to Prisoner of Hope

. I want to communicate to people that there is a plan for building your life. The plan is called the Bible and I believe the architect of that plan is God and nothing is more important to fulfilling God’s plan for my life than to follow each step of the plan.

I know that my opinion is not that popular in our culture, but I am one who rejected that plan and so I think that qualifies me to speak on it. In fact, I laughed at that plan and anyone who did follow it. But there are consequences for not following the plan of life just like there are consequences for not following the construction plan. For my disregard and refusal to follow the plan for life, my life collapsed under the weight of its own sin.

People have a problem with the word sin because of its direct relationship to judgment, but sin simply means missing the mark. In my case, missing the mark took on such forms as addiction, incarceration, heart disease, obesity, divorce, poverty, illiteracy, and on a few occasions, I was nearly killed. That wasn’t God’s plan for my life.

In Jeremiah 29:11, God says, “I have a plan for you, to prosper you and not to harm you. A plan for a hope and a future!” That’s a plan worth following. Why wouldn’t anyone want that?

None of us expected this pandemic, save maybe a … END_OF_DOCUMENT_TOKEN_TO_BE_REPLACED

You are not the only one who is overwhelmed by … END_OF_DOCUMENT_TOKEN_TO_BE_REPLACED

When it comes to safety, we can do much to support … END_OF_DOCUMENT_TOKEN_TO_BE_REPLACED

How are you talking about coronavirus with your … END_OF_DOCUMENT_TOKEN_TO_BE_REPLACED

None of us expected this pandemic, save maybe a few epidemiologists … END_OF_DOCUMENT_TOKEN_TO_BE_REPLACED

You are not the only one who is overwhelmed by homeschooling. I … END_OF_DOCUMENT_TOKEN_TO_BE_REPLACED