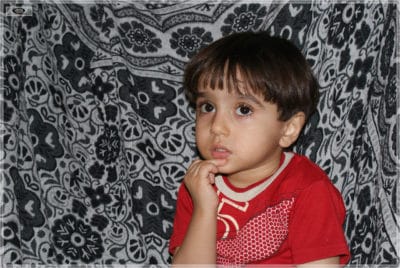 Boys and girls are different, biologically and socially. Yet despite the fact that most people know and accept that fact as, well, fact, one of the biggest mistakes we humans make is to assume that others are like us — and to assume, when we find out that they think and act differently than we do, that they are wrong and we are right.

That was one of the insights author and social worker Tom Golden shared with us mere minutes into our first teleseminar, Understanding How Boys Think – & What They Need. Golden, author of Helping Mothers Be Closer to Their Sons: Understanding the Unique World of Boys, told the audience that women/moms commonly assume that boys and men will (or should) act or react the same way females would. When our boys do something that seems utterly senseless to us — like jumping up and wrestling, for no apparent reason, we tend to assume that something is wrong.

But the truth is that boys and girls are wired differently. Most boys receive a huge burst of testosterone while still in the womb, and that “testosterone flood” influences boys’ actions and reactions for the rest of their lives. Testosterone, Golden said, is partly responsibly for boys’ constant striving for status. Testosterone plays a role in boys’ competitive nature and in their preference for coalitional, side-by-side play.

Understanding, accepting and appreciating those facets of boys will ultimately make it easier to raise and educate boys.  Want to get a boy to do something? Use humor. Appeal to his competitive nature. Be flexible, Golden says.

There’s been a lot of talk in recent years about the importance of helping boys name and express their emotions. But expecting boys to talk about their feelings when they are hurt or upset is a misguided endeavor.

Boys and men, Golden says, have different ways of healing than women and girls. Women tend to talk about their feelings and what is upsetting them. They talk about the past in an attempt to understand their present and make a better future. Men and boys heal by pulling themselves through action into the future.

That statement was so profound – and explained so much about boys — that I asked Golden to repeat it. Men and boys heal by pulling themselves through action into the future.

That’s why a boy whose father has died may spend hours out in the driveway, shooting hoops. It’s why Michael Jordan switched to pro baseball; he was honoring his father’s memory. It’s also why our boys may reject our offers to talk, even though our effects are well intentioned.

A better approach, Golden say, is to say something like, “This must be a tough experience. What’s the toughest thing about this for you?” You can also try asking, “What can I do to be of service to you?” Golden says that wording is often more effective than, “How can I help you?” because the word “help” implies dependence and most boys strive to see themselves as capable, independent people.

We opened the conversation up to the questions at the end, and had some really thoughtful questions. Thabiti Boone, a White House Champion for Fatherhood, brought up father absence, a reality for  too many boys. Whether or not a boy’s father is involved in his life, it is crucial to connect him to the world of men, Golden says. Mentoring programs can help. So can spending time with an uncle, grandfather or gentlemen from church.

Another participant, a mom of 2 young boys, asked about setting boundaries for boys. (The consensus? Yes, it’s OK to have different rules & expectations for behavior at home, and in public.) She also unintentionally (& perfectly) described the experience of raising boys when she said, “I feel like there’s always someone flying through my peripheral vision.”

Can you relate? I bet you can! That’s why you’re here, and it’s why we who care about boys come together to support and learn from one another.

I’m already looking forward to my next teleseminar; stay tuned for details. Got a topic you’d like us to cover? Leave us a note in the comments below. Got a question? Ask away!

None of us expected this pandemic, save maybe a … END_OF_DOCUMENT_TOKEN_TO_BE_REPLACED

You are not the only one who is overwhelmed by … END_OF_DOCUMENT_TOKEN_TO_BE_REPLACED

When it comes to safety, we can do much to support … END_OF_DOCUMENT_TOKEN_TO_BE_REPLACED

How are you talking about coronavirus with your … END_OF_DOCUMENT_TOKEN_TO_BE_REPLACED

None of us expected this pandemic, save maybe a few epidemiologists … END_OF_DOCUMENT_TOKEN_TO_BE_REPLACED

You are not the only one who is overwhelmed by homeschooling. I … END_OF_DOCUMENT_TOKEN_TO_BE_REPLACED