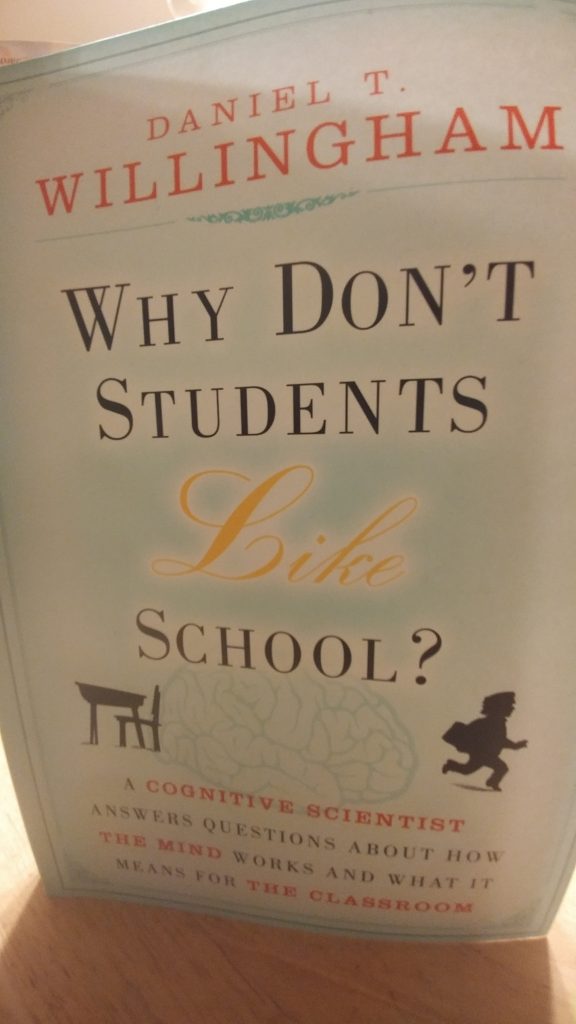 My 10-year-old hates school. My 13-year-old isn’t exactly fond of it either. (He’s constantly asking if he can do online school instead.) And I’m co-hosting a webinar entitled “Help! My Son Hates School!” later this month. No wonder Daniel Willingham’s book, Why Don’t Students Like School? A Cognitive Scientist Answers Questions About How The Mind […]

Here in small town middle-America, nannies are pretty rare. Babysitters? Check. Daycare providers? Check. Nannies? Cue the crickets. Never mind, though. According to Dr. Dennis Friedman, any woman who outsources the care of her son to another woman may be putting him at risk of future infidelity. Dr. Friedman is the author of, The Unsolicited […]

Owen’s Mom! Owen, I believe you might be getting a Tag Jr. Reading bundle this holiday season. Owen and his mom enjoy reading The Little Red Caboose, which is one of my favorite books too. My boys love it, and so did my brothers, especially Brother #2. I think of him each and every time […]

Books for Boys: The Legend of Vinny Whiskers

Happy October! Today, we kick off a new feature: Books for Boys. Approximately once per week, I’ll highlight a Book for Boys (or Boy Parents), a book I think your boys will love — or one that will make your job as a boy parent a little bit easier. Each Book for Boys day will […]

I love finding a great read-aloud book. The Legend of Vinny Whiskers tells the tale of Boomerang Lookout, a young prairie dog with a legendary name. Imagine being named Harry Potter — after Harry #1 had done his thing. Like Harry, Boomerang’s name carries certain expectations. Lookouts are the sentinels of the Ward, the praire […]

Max Elliot Anderson writes books for boys and hosts Books for Boys, a blog that’s all about encouraging boys to read. His seven published books include Newspaper Caper, Terror At Wolf Lake, North Woods Poachers, Mountain Cabin Mystery, Big Rig Rustlers, The Secret of Abbott’s Cave, and Legend of the White Wolf. As a child, […]

Here are some all-time read-aloud or along favorites for boys (and girls!): Harry Potter series I read this entire series aloud to my boys — and let me tell you, it takes a LONG time to read a book that’s over 600 pages! The good news is that I’m a huge Harry fan myself (yes, […]