Please allow me to introduce fellow freelancer and homeschooler, Jan Udlock. Jan writes for a wide variety of magazines and homeschools her youngest three children (ages 10,13, 14; her oldest children are away at college). She lives with her family on a bit of acreage in the Pacific Northwest. Her vices include coffee, chocolate, anything […]

This is the Racecar…

…that my son and his friend built. Notice the smile of absolute pride on Boy #2’s face? (Yep, he’s the one in the back.) I could have said no to their little adventure. I could have squashed their enthusiasm with fears and complaints and a litany of reasons as as to why their crazy scheme […]

You Know You Have Boys When…

…you tuck your four-year-old into bed with a gun. (Yes, Boy #4 is currently cuddled up to a toy gun.) …the same four-year-old lovingly bundles his toy skidloader after giving it a bath. …you read Dodge Vipers for a bedtime story. …you’re actually enthused when your mother announces she’s coming over to drop off part […] 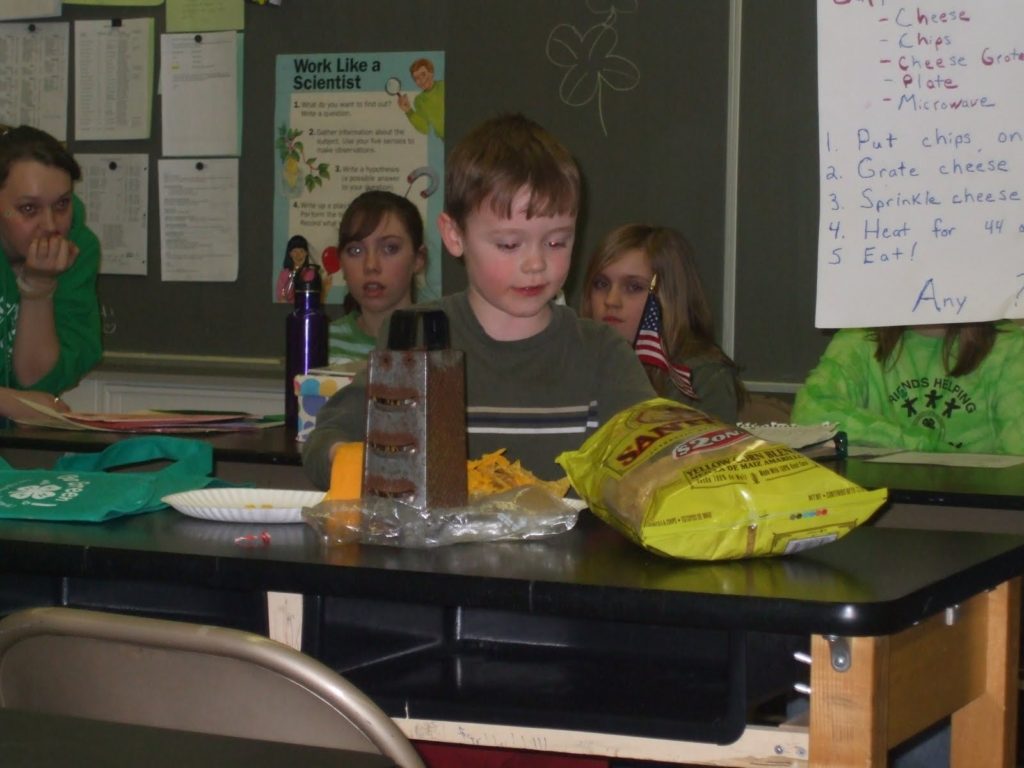 I love 4H. Beyond giving kids an opportunity to explore multiple interests under adult mentors, 4H stresses public speaking skills from an early age. In our county, every 4H member, from first-year Cloverbuds to practically-graduated high school seniors, must give a demonstration speech every year. This is Boy #3’s first year in 4H, and at […]

Having a boy (or 2 or 3 or….) definitely changes you. Case in point: I found myself wrestling with my five-year-old niece today. After years of parenting boys, “wrestle” somehow equals “play” in my brain. Maybe that’s why I found Outnumbered Mom’s post, The Paradox of Parenting Boys, so intriguing. Head on over. Take a […]

Talk about a nice start to the weekend. Blogging ‘Bout Boys has been named a Lemonade Stand Award winner! According to Michelle and Karen at Layers of Learning, the Lemonade Stand Awards recognize blogs that demonstrate great attitudes or gratitude. Now it’s time for me to pass on the honor. Here are 10 blogs that […]

She Said It Better…

…than I ever could. The evening sent me spinning.Dizzy from the nonstopnarration,instruction,preventionthat I holler out, like a caller at a square dancefor feral cats. The words are genius, a beautiful word picture of events and emotions all too familiar to moms and dads. Head on over to Boy Crazy to read the rest of her […]

My boys bicker. A lot. In fact, they frequently spend entire days telling each other how much better their lives would be if only their brothers didn’t exist. And yet, they care about each other. A lot. Case in point: The other day, Boy #2 and Boy #3 spent the bulk of their day arguing […]

Snapshot Sunday: Halloween at Our House

Some kids just don’t take no for an answer. Unfortunately, I have been blessed with at least two of them. The “un” in that sentence is rather unfortunate, because persistence, in and of itself, is not a bad thing. Persistence is the difference between a published author and an unpublished one. Persistence brought us the […]