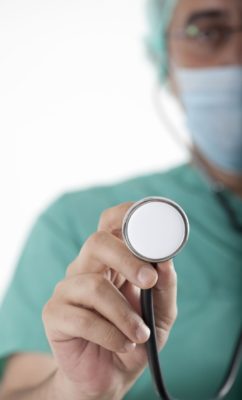 Did you know that…

But by the time they’re teens, boys rarely visit the doctor. Why? Lack of insurance is surely part of the issue; millions of American boys are uninsured. Millions more are under-insured. For them, visiting the doctor means forgoing some other necessity.

Millions of boys also believe that seeing a doctor somehow makes them less manly. Research has shown that men who embrace traditional beliefs about masculinity are 50% less likely to go to the doctor. Somehow, these men have confused strength with stupidity.

As parents of boys, it’s up to us to teach boys that it’s OK — no, not OK; NECESSARY — to look after their health. Help your boys understand that a healthy body and mind enable them to engage fully in the world. And set a good example. Kids of parents who avoid the doctor and neglect their health grow into adults who shrug off doctors’ visits and ignore aches and pains until it’s too late.

20+ years into parenting boys, I feel like I have … END_OF_DOCUMENT_TOKEN_TO_BE_REPLACED

Author Peggy Orenstein has a new book out this … END_OF_DOCUMENT_TOKEN_TO_BE_REPLACED

20+ years into parenting boys, I feel like I have a pretty good grasp … END_OF_DOCUMENT_TOKEN_TO_BE_REPLACED

Author Peggy Orenstein has a new book out this week, Boys & Sex: … END_OF_DOCUMENT_TOKEN_TO_BE_REPLACED