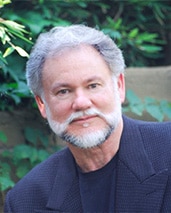 Recently, I had the chance to talk with Warren Farrell, PhD, chair of the Commission to Create a White House Council on Boys & Men and author of The Myth of Male Power, Why Men Are They Way They Are and Women Can’t Hear What Men Don’t Say. Dr. Farrell outlined what he considers the five components of the Boy Crisis facing our boys  and country today. He’s what he had to say. — Jennifer

There are five crisis areas that boys and men are suffering through. One is physical health. Another is mental health. Boys commit suicide much more frequently than girls. For example, at the age of 10, boys and girls commit suicide at exactly equal rates. But as boys become men, their hormones change and our attitudes and expectations towards them change, and the suicide rate for boys ages 11 to 14 twice as high as girls’. Between the ages of 15 to 19, it’s four times as high, and between ages 20 to 24 it’s between five and six times as high as girls’.

In many ways, everything that is boy positive has been cut back in the schools. They’re cutting back on recess and play on playgrounds is becoming more and more restricted.  Competition is going away and schools are becoming a super protective environment.

The fourth crisis area is careers. In the old days, a boy who was not academically oriented could be a mechanic or a laborer, could work in construction or manufacturing and so on. But to a large degree, the jobs that are available have gone from muscle to mental, and so increasingly, falling behind in education also means falling behind in careers.

In the old days, welder was a physical job. Today to be a good welder, you have to know a lot about physics and chemistry and other things, yet the schools are cutting back on vocational education.

Imagine somebody taking their children through the streets of Dallas and children seeing buses like this…these ads paint boys in such an extraordinary negative image… it is unimaginable that if the reverse could be true that a boy could be on the bus and saying, when I grow up I will be killed by my wife, or when I grow up I’ll be killed by a black person, or when I grow up I’ll be ripped off by a Jewish person. You know what I’m talking about? Those types of things…wouldn’t even go through the first layer of bureaucracy, no less the tenth layer to get on a public bus.

This is the world into which our sons are entering.

All is not lost, though. Dr. Farrell and many others are working hard to make a better world for boys. Stay tuned for our next post, in which Dr. Farrell explains how a White House Council on Boys & Men can help boys, families and society.

None of us expected this pandemic, save maybe a … END_OF_DOCUMENT_TOKEN_TO_BE_REPLACED

You are not the only one who is overwhelmed by … END_OF_DOCUMENT_TOKEN_TO_BE_REPLACED

When it comes to safety, we can do much to support … END_OF_DOCUMENT_TOKEN_TO_BE_REPLACED

How are you talking about coronavirus with your … END_OF_DOCUMENT_TOKEN_TO_BE_REPLACED

None of us expected this pandemic, save maybe a few epidemiologists … END_OF_DOCUMENT_TOKEN_TO_BE_REPLACED

You are not the only one who is overwhelmed by homeschooling. I … END_OF_DOCUMENT_TOKEN_TO_BE_REPLACED